Ole Gunnar Solskjaer said Manchester United are disappointed with the 2-2 draw against Southampton, but he trusts his team to "put it right". 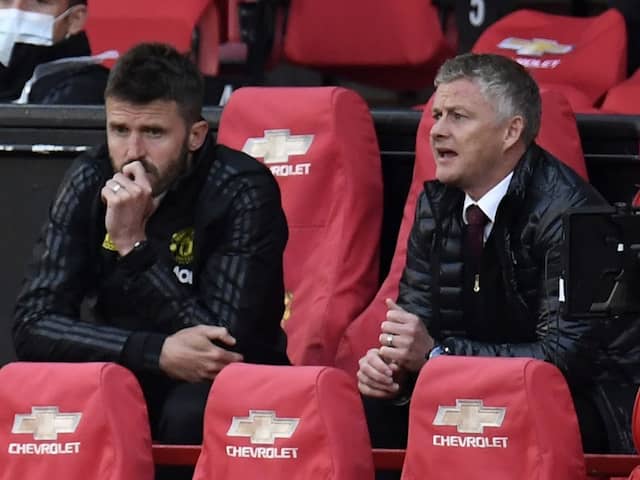 Ole Gunnar Solskjaer said the mentality of the Manchester United players has been brilliant.© AFP

Ole Gunnar Solskjaer said Manchester United "will put it right" after conceding a late goal against Southampton on Monday to dent their hopes of reaching next season's Champions League. United were on course for a fifth successive Premier League victory after bouncing back from Stuart Armstrong's early opener through strikes from Marcus Rashford and Anthony Martial. But just as third place beckoned for Solskjaer's men Saints substitute Michael Obafemi struck in stoppage time to seal a 2-2 draw at Old Trafford.

Earlier on Monday the Court of Arbitration for Sport announced Manchester City's two-season European ban would be lifted, meaning only the top four teams will qualify for next season's Champions league.

United's next two games are against Crystal Palace and West Ham before a potential last-day shoot-out against Leicester, who are currently in fourth place, ahead of Solskjaer's men on goal difference.

"I have to say the mentality of the boys has been brilliant," said the Norwegian boss. "We've had a few setbacks over the season, of course, and this is another challenge for us.

"I am very confident in the mentality of them. Very disappointed, of course, but we have to take the disappointments as well as the positives when you win games."

"We've learned a hard lesson today hopefully, so we'll make it right, we'll put it right. I trust the boys in that respect," he added.

Solskjaer's side need to quickly dust themselves down, with a trip to Crystal Palace coming up on Thursday before they return to London for Sunday's FA Cup semi-final against Chelsea.

Left-back Luke Shaw is a doubt for those games after being forced off with an ankle complaint, while United ended the match with 10 men after his replacement Brandon Williams was involved in a clash of heads.

Leicester City Ole Gunnar Solskjaer Football
Get the latest Cricket news, check out the India cricket schedule, Cricket live score . Like us on Facebook or follow us on Twitter for more sports updates. You can also download the NDTV Cricket app for Android or iOS.