"No Chance": Jurgen Klopp Rules Out Possibility Of Lionel Messi Coming To Liverpool 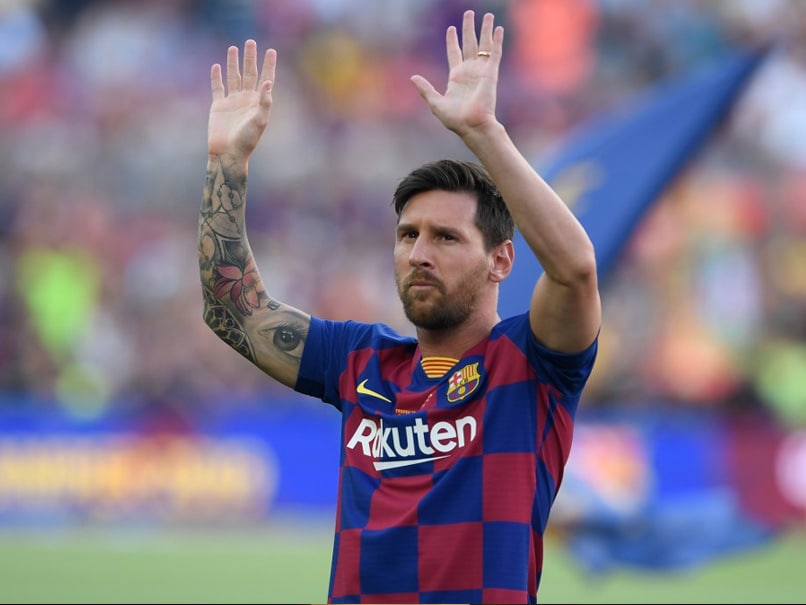 Lionel Messi has been linked with a move to Manchester City.© AFP

Jurgen Klopp says there is "no chance" of Liverpool signing Lionel Messi, but the German admits the unsettled Barcelona star would be a great addition to the Premier League. Messi has told Barca he wants to leave after growing unhappy with the club's problems on and off the pitch. The Argentina forward has been linked with a move to Manchester City, where he could link up with his former Barca boss Pep Guardiola.

Paris Saint-Germain, Inter Milan and Juventus have also been mooted as potential destinations for Messi if he gets his wish to quit the Camp Nou.

Klopp insisted he would love to have Messi, but made it clear the 33-year-old would not end up at Anfield.

"Interest? Who doesn't want to have Messi in their team? But no chance," Klopp told reporters on Friday.

Liverpool finished 18 points ahead of second placed City last season as they won the English title for the first time since 1990.

And Klopp conceded Liverpool's bid to retain the Premier League crown would clearly be under threat if Messi joined City.

But the former Borussia Dortmund boss believes it would be a significant coup for English football to have one of the world's greatest ever players in the Premier League.

"It would obviously help Man City and make it more difficult to beat them," Klopp said.

"Good player to be honest! It would be interesting to see as well. Messi has never played in another league, other than Spain.

"Actually, I would like to see it but I'm not sure I will."

Liverpool return to action on Saturday when they face Arsenal in the Community Shield at Wembley -- just five weeks after clinching the title.

The shorter than usual close-season break is due to the late finish of the 2019-20 campaign because of the coronavirus.

Klopp's men have been training for just two weeks and he acknowledges it will be a draining season with less space between games.

"Would I want to play a proper game after two weeks' preparation? No, but we knew it for a while," Klopp said.

"It took a while until we got any schedule but since we've known it we've accepted it 100 per cent. We have had two weeks' training and worked really hard.

"For us, like Arsenal, we prepare for a whole season - one of the most intense, probably, we have ever experienced in our lives because of the amount of games and the time we have for that.

"It will be intense but nobody is moaning. We are happy we can play at all. Time is still uncertain for all of us, not only in football."

Liverpool have made just one close-season signing in Greece left-back Kostas Tsimikas from Olympiakos.

But, with a number of promising youngsters available, Klopp insists there is no urgency to bring in fresh faces despite the spending of title rivals City and Chelsea.

"We will see what other teams are doing, we will deal with our situation like we always did. We will see how much we can or want to spend," Klopp said.

Lionel Messi English Premier League Jurgen Klopp Football
Get the latest updates on Fifa Worldcup 2022 and check out  Fifa World Cup Schedule, Stats and Live Cricket Score. Like us on Facebook or follow us on Twitter for more sports updates. You can also download the NDTV Cricket app for Android or iOS.