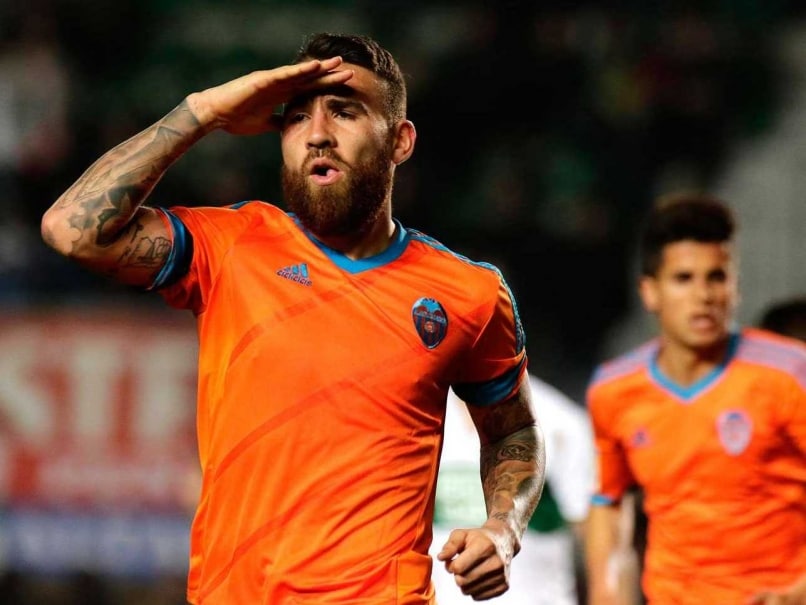 Manchester City's embarrassment of riches will be on show at Everton on Sunday when new £32 million ($50.2m, 44.5m euros) signing Nicolas Otamendi starts his City career on the bench.

Otamendi joined City from Valencia on Thursday on a five-year contract to become their third major signing of the transfer window and take the club's spending to the £100 million mark.

But manager Manuel Pellegrini confirmed that the Argentina international, 27, will have to wait to dislodge either captain Vincent Kompany or, more likely, former Porto team-mate Eliaquim Mangala, who became the most costly defender in British football history at £42 million 12 months ago.

"In this moment, in the way we are playing, it is impossible to move Kompany and Mangala from their positions and all the rest of the players," said Pellegrini, whose side beat champions Chelsea last weekend to record a second successive 3-0 win.

"They are in a good moment. We did not concede one goal in the last two games. We continue playing with the same (players)."

City will equal a club record of nine successive league victories if they win at Everton, but Pellegrini says that he is more interested in maintaining their impressive start to the season.

"It matters to have three more points in the table," he said. "It's very important to continue in the same way we played the first two games because we must be a consistent team during the whole season.

"If that is a new record, that is a thing for me that is not important."

City will have close-season signing Fabian Delph in their squad for the first time after the England international midfielder recovered from a hamstring injury.

But right-back Pablo Zabaleta will be out for up to a month with a knee injury sustained in training.

"It's the first time in 12 years of senior football that I've ever been injured like this so it's a blow, especially at the start of the season," said Zabaleta.

Everton can be happy with their start to the season, having collected four points from two games, and yet their on-field displays continue to be overshadowed, up to a point, by conjecture over the future of John Stones.

The defender's composure under pressure is one of the key reasons Chelsea want to buy him and he has demonstrated that by continuing to play well when others might have crumbled under such a weight of attention.

Manager Roberto Martinez is happy to pick Stones to face City, but has acknowledged that speculation surrounding the centre-back's future will continue right up to the transfer deadline on September 1.

"I don't think it's healthy for anyone when you have the window open after the season starts," Martinez said. "We should be talking about the game at the weekend."

Martinez has described City as "the sharpest team in the league", which means Stones and the rest of Everton's defence will do well to match the clean sheet they achieved in last Saturday's impressive 3-0 win at Southampton.

The manager does have an extra attacking option with which to test the City defence, though, as Belgian winger Kevin Mirallas has recovered from the ankle knock he sustained during the 2-2 home draw with Watford on the season's opening day.

Comments
Topics mentioned in this article
Manchester City Everton Nicolas Otamendi English Premier League Football
Get the latest updates on IPL Auction 2023 and check out  IPL 2023 and Live Cricket Score. Like us on Facebook or follow us on Twitter for more sports updates. You can also download the NDTV Cricket app for Android or iOS.