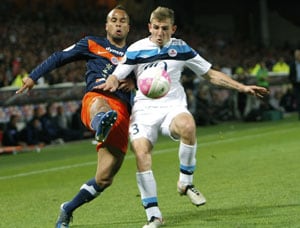 English Premier League side Newcastle United on Friday said they had completed the signing of Lille and France defender Mathieu Debuchy for an undisclosed fee.

The 27-year-old, who has played more than 230 times for the Ligue 1 side during a 10-year spell, including in their league and cup-winning double year in the 2010-2011 season, has signed a five-and-a-half year contract at St James' Park.

"It is great to become a Newcastle United player," Debuchy was quoted as saying on the Newcastle website nufc.com.

"After many great years at Lille I felt I was ready for a new challenge and cannot wait to play for such a big club in the best league in the world.

"I hope I can bring something fresh to the team and help us get up to the highest possible position in the Premier League this season. I will give everything for this club."

The Magpies' manager Alan Pardew said they were "absolutely delighted" to have signed Debuchy, who will join his former team-mate and international colleague Yohan Cabaye in northeast England.

"It's no secret we've been trailing him for some time now and to have reached this point fills me with great excitement and anticipation in respect of what he will be able to offer the team," Pardew added.

"At the same time it's a huge relief to actually have him with us now."

Debuchy arrives on Tyneside with Newcastle struggling in the league and beset by injuries, leaving them in 15th position and just two points above the three relegation spots.

Over the busy Christmas and New Year period, Newcastle were thumped 7-3 by Arsenal and this week surrendered a lead to lose 2-1 at home to Everton.

They could also see the departure of Demba Ba after confirmation that the club had given European champions Chelsea permission to the Senegal striker, who has scored 29 times in 54 appearances since his arrival last season.