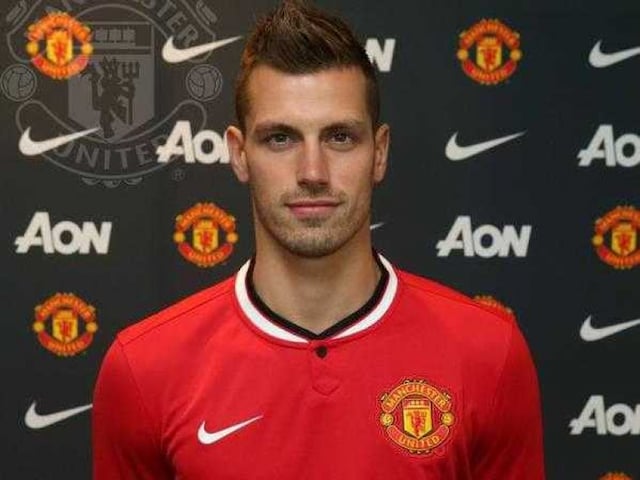 The 25-year-old -- who joined Southampton from French side Strasbourg for just 1.5million euros (£1.2million) in 2008 -- signed a four year contract with United. (Van Persie Gets Rousing Welcome From Fenerbahce Fans)

Schneiderlin has long been linked with a move to Old Trafford and it had been reported United had a bid in the region of £20 million ($31.2 million, 28 million euros) rejected up to two weeks ago.

Schneiderlin, who played for France at last year's World Cup finals after being a pivotal figure in the Saints establishing themselves as a competitive side in the Premier League, said while he had loved his time at Southampton it had been an easy decision for him to make once he heard United were interested. (Cavani As Robin Van Persie Replacement?)

"I am delighted to be a Manchester United player. Once I learned that United were interested in signing me, it was a very easy decision to make," said Schneiderlin, who was at one point linked with a move to Arsenal.

"I have enjoyed seven very happy years with Southampton and it's a club that will always be in my heart.

"But the chance to be part of this squad to help this great club be successful was too good to miss."

Comments
Topics mentioned in this article
Manchester United Southampton Morgan Schneiderlin English Premier League Football
Get the latest Cricket news, check out the India cricket schedule, Cricket live score . Like us on Facebook or follow us on Twitter for more sports updates. You can also download the NDTV Cricket app for Android or iOS.