Mohamed Salah is set to resume training with Liverpool after returning a negative coronavirus test after having tested COVID-19 positive while on international duty. 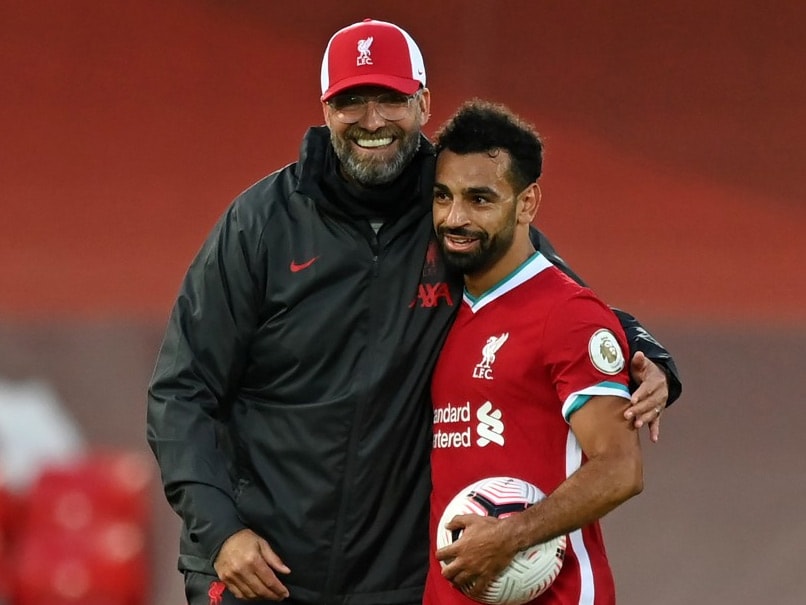 Mohamed Salah will be tested again by UEFA ahead of Liverpool's Champions League match.© AFP

In a major boost to Liverpool, the club's manager Jurgen Klopp has confirmed that Mohamed Salah has tested negative for coronavirus and will resume training on Monday. Liverpool defeated Leicester City 3-0 in the Premier League and after the match, Klopp gave the update on Salah. "That's what I've heard, yes, it [was] negative today. I think he is from now on pretty normal in testing. Tomorrow we have the UEFA testing for the Champions League and I am pretty sure he will be in that," the club's official website quoted Klopp as saying.

"He can now train with us tomorrow, that's it. He will have two tests in the next two days, so, yes, he will be tested like all of us," he added.

Salah had tested positive for coronavirus while on international duty with Egypt.

Also, with this dominating win over Leicester City, Liverpool set a new club record for their longest unbeaten streak at home. Their recent win means that Liverpool have now gone 64 Premier League games without defeat at home.

This Reds team have now moved clear of the previous best of 63 successive league matches without a loss at Anfield under Bob Paisley between 1978 and 1981.

In addition, the victory moved Liverpool up to second place on the Premier League table with 20 points, behind Tottenham on goal difference. Liverpool will now take on Atalanta in the Champions League on November 26.

Liverpool Mohamed Salah Football
Get the latest updates on Fifa Worldcup 2022 and check out  Fifa World Cup Schedule, Stats and Live Cricket Score. Like us on Facebook or follow us on Twitter for more sports updates. You can also download the NDTV Cricket app for Android or iOS.