Egyptian Football Association confirmed in a Facebook post that Mohamed Elneny was isolating in line with medical protocols. 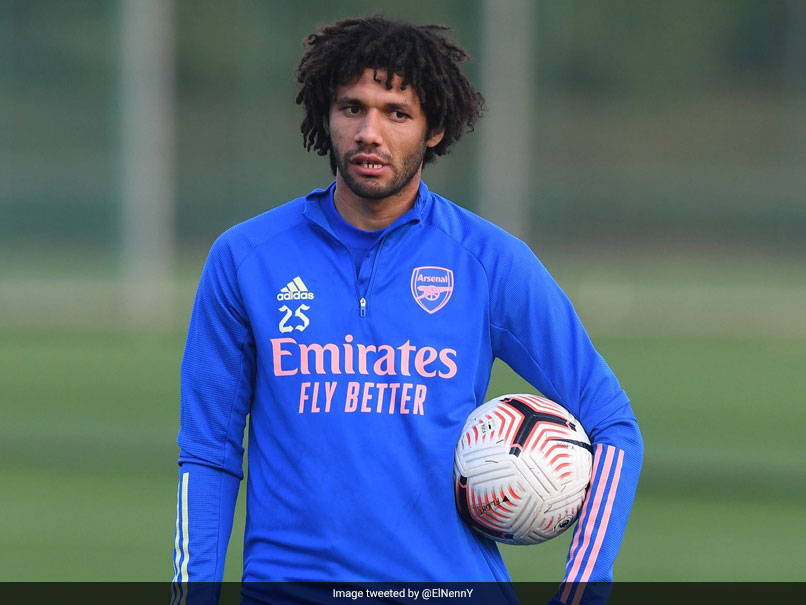 Arsenal and Egypt midfielder Mohamed Elneny has tested positive for Covid-19, his agent said Monday, as figures published by the Premier League showed a sharp increase in cases coinciding with the international break. Already unpopular with Premier League clubs because of the risk of injury to key players, the mood among the likes of Arsenal's Mikel Arteta and his fellow top-flight bosses is unlikely to be improved by figures from the November 9-15 latest round of weekly tests showing the Premier League returned 16 positive coronavirus cases from 1,207 players and staff tested.

This compares with four positives from 1,646 tests during the week of November 2-8 and a previous weekly high of 10 positives.

And while players who were away on international duty at the time would not have been included in the Premier League's latest figures, there may now be concerns that the knock-on effects of players returning from long-distance trips have led to a surge in reported cases.

Those who tested positive will now self-isolate for 10 days.

As has long been its policy, the Premier League refused to name the clubs or individuals involved.

Meanwhile, the Egyptian Football Association confirmed in a Facebook post that Elneny was isolating in line with medical protocols.

His Covid-19 result came just three days after it was announced that Liverpool's Mohamed Salah had also tested positive while on international duty with Egypt.

"The results of the medical swabs conducted by the national team upon arrival in Togo showed negative all except for Arsenal player Mohamed Elneny, whose result appeared positive without any symptoms," the EFA said.

"The player immediately began to implement the special medical protocol for people infected with Covid-19."

An Egypt side without Salah beat Togo 1-0 in Cairo on Saturday in the first of two back-to-back 2021 Africa Cup of Nations qualifying matches between the countries.

If he is sidelined, it would be a blow for Premier League champions Liverpool, who were deprived of Senegal forward Sadio Mane earlier in the season when he too tested positve for coronavirus, although he has since returned to the team.

The club say Gomez is likely to be sidelined for months.

And the Reds are counting the cost of being deprived of key central defender Virgil van Dijk for what is expected to be most of the season after he tore knee ligaments in a clash with Everton goalkeeper Jordan Pickford last month.

Egypt Mohamed Elneny Mohamed Salah English Premier League Football
Get the latest updates on IPL Auction 2023 and check out  IPL 2023 and Live Cricket Score. Like us on Facebook or follow us on Twitter for more sports updates. You can also download the NDTV Cricket app for Android or iOS.