Arsenal have made three signings ahead of the new season, but Mikel Arteta insisted that they will be looking to add to the squad before the transfer window ends. 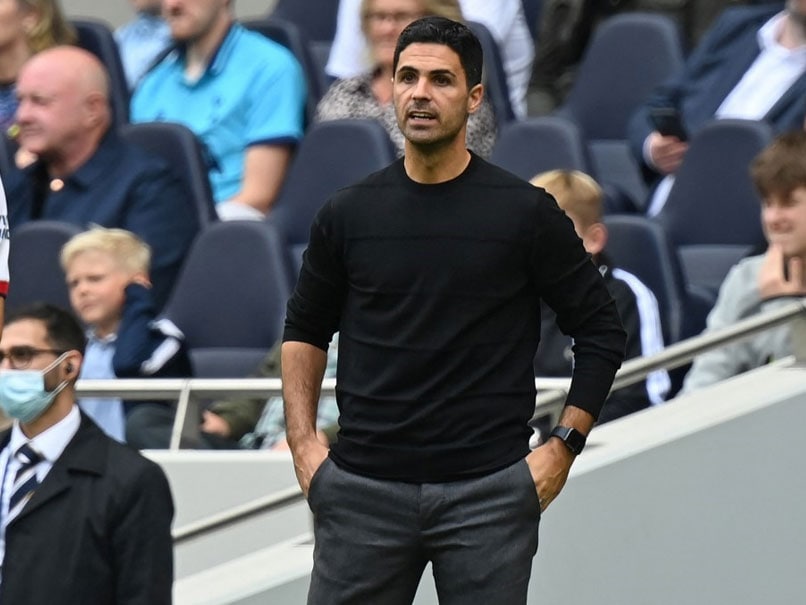 Arsenal manager Mikel Arteta said on Thursday it is the club's job to make the fans excited for the new Premier League season despite not having the spending power of the favourites to win the title. The Gunners have failed to qualify for the Champions League for the past five seasons, finishing down in eighth in both of Arteta's campaigns in charge. That has been reflected in the transfer market with Arsenal unable to match the 100 million pound ($117 million) splurges made by Manchester City and Manchester United, while Chelsea look set to add Romelu Lukaku for a club record 97 million pounds.

"In this first period of the transfer window I think we've done a few things we wanted to do and it's going to help us to get the squad in a much better place," Arteta said ahead of his side's season opener away to newly-promoted Brentford on Friday.

"We defined the profile of player that suits the model that we have at the moment at the club that can sustain our financial position, and we made three movements in relation to that."

Attempts to add a creative midfielder have so far proved fruitless despite links with James Maddison, Martin Odegaard and Houssem Aouar, while talks with Sheffield United to sign goalkeeper Aaron Ramsdale have reportedly broken down.

But Arteta is still hopeful of further additions before the end of the month to excite fans ahead of their return to the Emirates.

"Fans need to be excited and they need to see a team that is capable of competing with those teams because our history is related to that," he added.

"Nobody can deny that. That's the aim and that should be the objective.

Arsenal Mikel Arteta Football
Get the latest updates on T20 World Cup, check out the T20 World Cup Schedule and Live Score . Like us on Facebook or follow us on Twitter for more sports updates. You can also download the NDTV Cricket app for Android or iOS.