Carrick has become one of the most important players during United's climb into third place in the English Premier League and Van Gaal is a big admirer of his qualities. 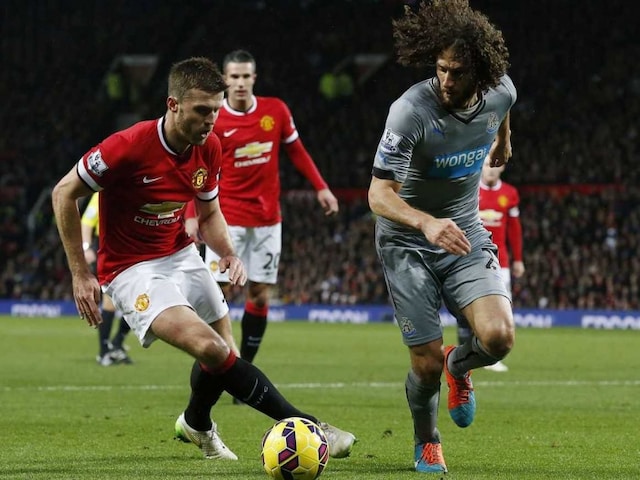 A file photo of Michael Carrick in action for Manchester United.© AFP
London:

Manchester United will activate a one-year extension of Michael Carrick's 130,000 pound-a-week contract to keep the midfielder at Old Trafford beyond the summer.

Carrick agreed to the clause when he signed a two-year deal in 2013 and has expressed a wish to stay, reports dailymail.co.uk.

The 33-year-old has been one of their most influential players since his return from injury and it has coincided with an upturn in fortunes for the club.

Manager Louis van Gaal wants to keep Carrick and United will confirm their plans in talks early in the new year.

Carrick has become one of the most important players during United's climb into third place in the English Premier League and Van Gaal is a big admirer of his qualities.

Carrick also forced his way back into the England team this year. He has won five Premier League titles since his move from Tottenham in 2006 and was United's player of the year in 2013.

Comments
Topics mentioned in this article
Michael Carrick Manchester United English Premier League Football
Get the latest updates on IPL 2020, check out the IPL Schedule for 2020 and Indian Premier League (IPL) Cricket live score . Like us on Facebook or follow us on Twitter for more sports updates. You can also download the NDTV Cricket app for Android or iOS.