Maurizio Sarri angered Chelsea fans with his refusal to start Callum Hudson-Odoi and they vented their feelings during the fortunate win on Sunday. 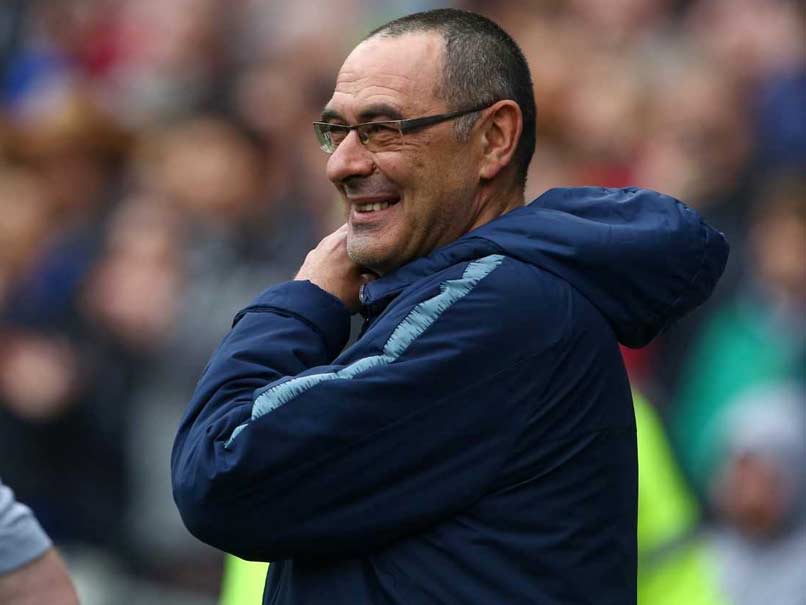 Under-fire Chelsea manager Maurizio Sarri says he is ready to give England international Callum Hudson-Odoi a first start in the Premier League, either against Brighton on Wednesday or West Ham next Monday. The 60-year-old Italian has angered Chelsea fans with his refusal to start the 18-year-old winger and they vented their feelings during the fortunate 2-1 win over Cardiff on Sunday. However, Sarri justified his patient approach with Hudson-Odoi -- who won his first senior England cap as a substitute in the 5-0 thrashing of the Czech Republic last month -- at a press conference on Tuesday.

"During this season he has improved and now he's ready to play," said Sarri.

"I know Callum very well and I want him to improve more because his potential is high and Callum is always in my mind.

"In my opinion, he is our future and now he is ready to play. Probably he will start tomorrow or in the next match."

"I don't know at the moment but I think so," said Sarri.

"They rested in the last match. We need to consider that N'Golo has played 50 matches this season and Hazard 48.

"Sometimes they need to rest but now they are OK, I think."

Sarri's side are presently involved in a four-way battle with Arsenal, Tottenham Hotspur and Manchester United for the final two Champions League places.

However, despite also being in the Europa League quarter-finals -- where they will face Slavia Prague -- many fans have called for him to be sacked.

"I am not happy, of course, but I am not concerned. It can happen," said Sarri.

"I can understand very well the frustration of our fans. But, in the end, we are not doing so badly.

"During this season, we have won 33 matches.

"I think that, in England, only Manchester City did better than us. Of course, we know very well we need to improve our performances."

Chelsea English Premier League Football
Get the latest updates on ICC Women's Cricket World Cup 2022 and IPL 2022, check out the Schedule , Live Score and IPL Points Table. Like us on Facebook or follow us on Twitter for more sports updates. You can also download the NDTV Cricket app for Android or iOS.