Terry left Stamford Bridge after 22 years' service in June 2017 for a season-long stint with Aston Villa and rejected a move to Spartak Moscow this week. 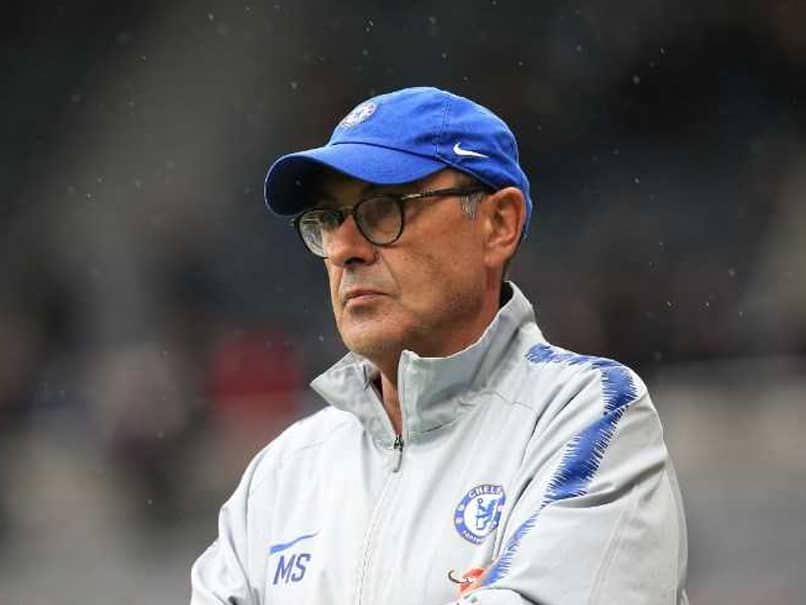 Chelsea manager Maurizio Sarri has opened the door for former captain John Terry to return to Stamford Bridge as part of his coaching staff. Terry left Stamford Bridge after 22 years' service in June 2017 for a season-long stint with Aston Villa and rejected a move to Spartak Moscow this week. Sarri believes Terry, 37, still wants to play for another season, but insists he will always be welcome at his "home" back at Chelsea.

"The last time I spoke with him he told me that he wants to play for another season," said Sarri on Friday.

"For sure he will be a point of reference for me, for everybody here.

Ahead of Saturday's visit of Cardiff to Stamford Bridge, Sarri's side sit joint top of the Premier League with four wins from the Italian's first four games in charge.

However, he insists the Blues cannot yet be considered a serious threat to champions Manchester City or current leaders Liverpool after finishing 30 points off the pace in fifth last season.

"I can answer City or Liverpool, at the moment," added Sarri on which sides are title contenders.

"We need another step, I think, to be the same level.

"I think so. I hope not. It's very difficult. The gap was 30 points at the beginning of the season."

Chelsea John Terry English Premier League Football
Get the latest updates on India vs England Series, India vs England , live score and IPL 2021 Auction . Like us on Facebook or follow us on Twitter for more sports updates. You can also download the NDTV Cricket app for Android or iOS.