Here's a look at five moments of madness that have marked the Italian out as eccentric. 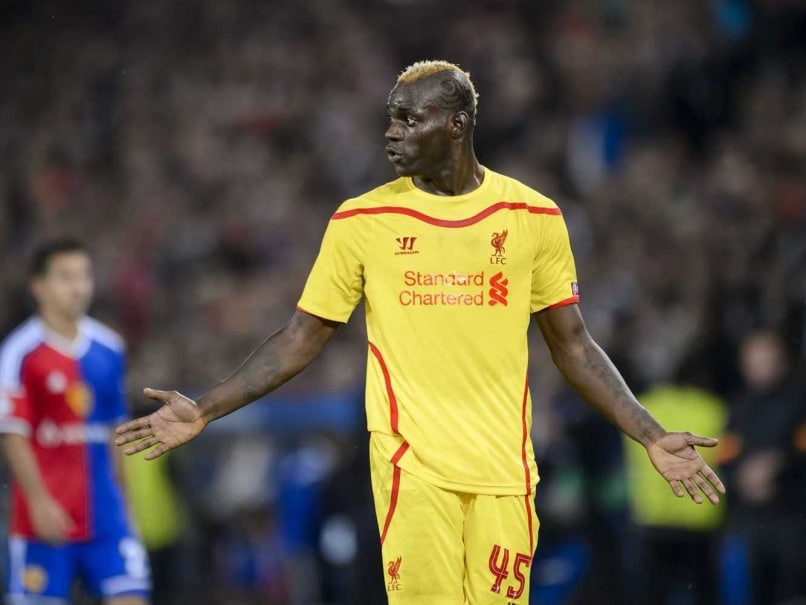 Mario Balotelli's antics caught up with him again on Wednesday as his half-time shirt-swap with Real Madrid's Pepe was greeted with outrage at Anfield.

Here AFP looks at five earlier moments of madness that have marked the Italian out as eccentric:

Just days after signing for Manchester City, Balotelli hits the headlines after crashing his Audi R8 en route to the club's training ground. Balotelli is found to be carrying £5,000 in cash at the time of the accident and when police ask why, he reportedly replies: "Because I am rich." (Read: Liverpool in Trouble as Rodgers, Balotelli Under Scanner)

Balotelli once again showed his lack of maturity when it emerged he threw darts at City youth team players through a training ground window in March 2011. No one was hurt in the incident and he escaped punishment.

Fireworks off the pitch

Balotelli had a run-in with the emergency services in October 2011 after a firework was set off in the bathroom of his home, triggering a fire.

The next day, he scored in the Manchester derby and celebrated by revealing a T-shirt which read: "Why always me?"

Mario and 17-year-old brother Enock were arrested strolling through the grounds of a women's prison in Brescia, near Milan, in October 2011.

Balotelli is said to have told police that curiosity got the better of him and "just fancied having a look".

Balotelli is charged with violent conduct by the Football Association, and subsequently handed a four-match ban, after appearing to stamp on the head of Tottenham's Scott Parker during a Premier League match in January 2012.

Comments
Topics mentioned in this article
Mario Balotelli Liverpool English Premier League Football
Get the latest updates on Fifa Worldcup 2022 and check out  Fifa World Cup Schedule, Stats and Live Cricket Score. Like us on Facebook or follow us on Twitter for more sports updates. You can also download the NDTV Cricket app for Android or iOS.