Mario Balotelli, 24, left Italy in a private jet at lunchtime on Friday and, provided he passes a medical, was due to be unveiled as a Liverpool player by the end of the day. 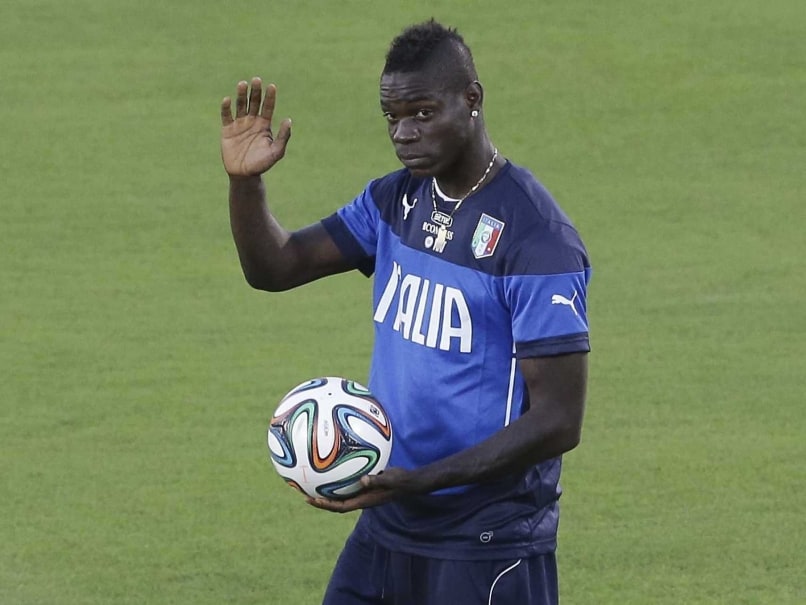 Balotelli's erratic behaviour was reflected in the reaction to his departure.© AP
Rome:

Balotelli, 24, left Italy in a private jet at lunchtime on Friday and, provided he passes a medical, was due to be unveiled as a Liverpool player by the end of the day. (Balotelli Faces Liverpool's Code of Conduct Clause: Reports)

For Milan, the 20-million-euro ($27 million) sale is the latest confirmation that the one-time giant of Italian football has become a selling club. It has also left a huge gap in their forward line, little over a week from the closure of the transfer market.

After scoring 46 goals in 60 appearances over the two seasons he has spent in Portugal, Martinez, 27, has attracted interest from a string of top clubs, including Arsenal and Chelsea, so there is no guarantee that Milan will succeed in bringing him to the San Siro. (England Braced for Balotelli Return)

Neither Martinez or Cerci will come with Balotelli-sized salary expectations, which will be welcome news for Milan owner Silvio Berlusconi.

The media tycoon and former prime minister turns 78 next month and has been steadily scaling back his financial commitment to the seven-times European champions.

Balotelli is the latest in a string of top players to leave Milan in recent years.

Andrea Pirlo was allowed to go in 2011 because Berlusconi would not sanction any more than a one-year contract extension for the playmaker who has since helped Juventus to three consecutive titles. Zlatan Ibrahamovic and Thiago Silva departed for Paris Saint-Germain a year later.

It has been seen as significant that Berlusconi has sanctioned the sale of Balotelli for 20 million euros ($27 million), the same amount he paid for him in January 2013 when Manchester City were desperate to offload him.

Berlusconi's daughter, Barbara, revealed earlier this year that the family were seeking new investors who would be willing to buy a 30 percent stake in the club with the aim of restoring its financial firepower. To date there have been no indications of progress on that front.

The baggage of erratic, unpredictable behaviour that comes with Balotelli was reflected in the reaction to his departure.

A poll run on sports daily Gazzetta dello Sport's website suggested most readers were happy to see the back of him, with 83 percent of more than 2,500 respondents saying they were happy to see him return to England.

His departure also provoked much humorous comment on social media, with one Twitter user mocking up an image of the famous Abbey Road picture of the Beatles on a pedestrian crossing with Balotelli parked on it in his red sports car.

Another Twitter-wit observed: "Balotelli leaving Italy: it's not one to add to the brain drain list."

In a more serious commentary on Balotelli joining the fourth major club of his career at the age of 24, La Gazzetta said Italy would miss its prodigal son.

But the daily also suggested he could struggle to settle on Merseyside, far from his Italian family and the baby daughter he has with a former girlfriend.

"The Kop will sing 'You'll Never Walk Alone' to him ... but Mario, who seems incapable of putting down roots, will always walk alone," Gazzetta predicted. "He is on an eternal odyssey."

Comments
Topics mentioned in this article
Liverpool AC Milan Mario Balotelli English Premier League Football
Get the latest updates on India vs England Series, India vs England , live score and IPL 2021 Auction . Like us on Facebook or follow us on Twitter for more sports updates. You can also download the NDTV Cricket app for Android or iOS.