Marcelo Bielsa Will Be "Incredible" For Premier League: Pep Guardiola

Pep Guardiola said no manager can play like Marcelo Bielsa and that he is an authentic manager. 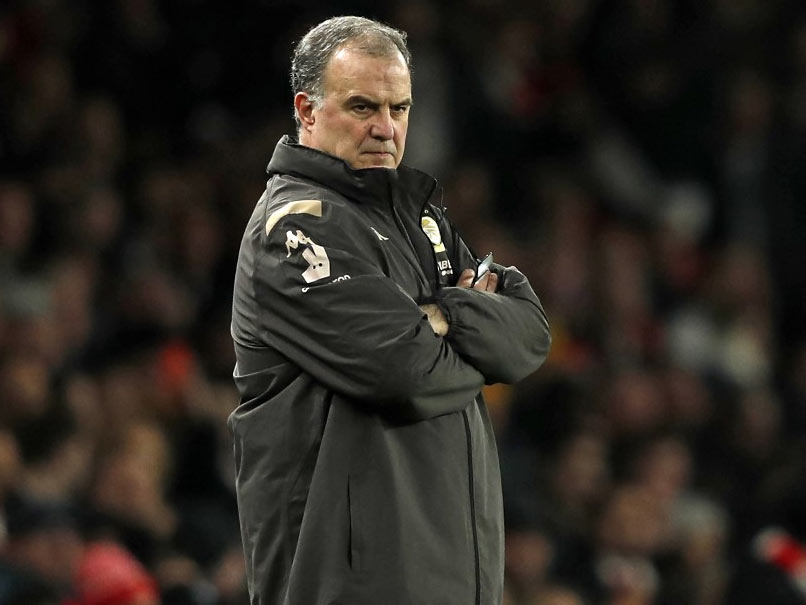 Marcelo Bielsa led Leeds to the Championship title and secured promotion to the Premier League.© AFP

Manchester City manager Pep Guardiola said on Monday Leeds boss Marcelo Bielsa will be an "incredible" addition to the Premier League next season. Bielsa has masterminded Leeds' return to the English top-flight after a 16-year absence. The former Marseille, Lazio and Argentina boss brought the Elland Road outfit their first silverware since 1992 as they clinched the Championship title on Saturday. Guardiola has often praised the 64-year-old in the past and he is excited to see the impact the Argentine can have on the Premier League.

"I was lucky to sometimes have the opportunity to talk with him, to see him. For world football, with his ethics, behaviour, the special way he plays - he is an authentic manager," Guardiola told reporters.

"No other manager can play the way he plays. His product is always incredibly personal. No-one can imitate him. That makes him so special.

"I was not his player, but I know the reference and influence for one thousand million players that were with him and their opinion.

"It's my personal opinion that for English football it will be incredible for him to be in the Premier League next season, to learn from him and his teams, the way he plays."

Despite being widely admired for his commitment to a high-tempo, attacking style of play, Bielsa has not been a regular winner of silverware.

But former Barcelona and Bayern Munich boss Guardiola, who has won 29 major trophies in his career, insists that does not matter.

"The knowledge you have as a manager does not depend on the results you have," he said.

"The media and others judge on the results but the players judge managers through the knowledge they have.

"There are no doubts about the quality of this manager, Marcelo Bielsa and his knowledge, through the comments of the players that were with him."