Manchester United Urge Fans To Stay Away If Matches Resume

Manchester United are set to resume small group training on Wednesday as Premier League clubs step up the "Project Restart" plan to finish the season. 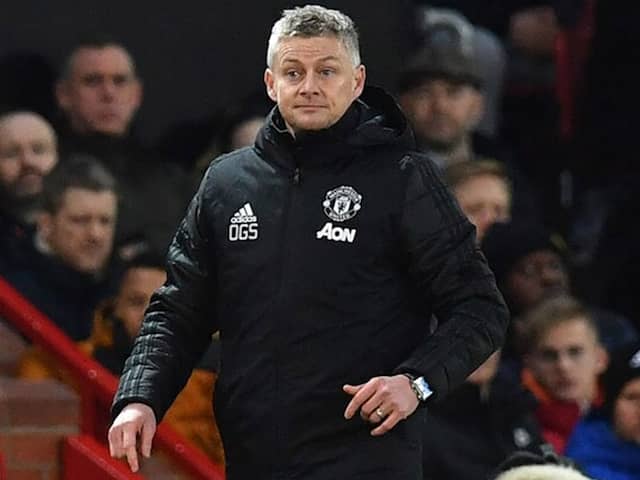 Manchester United have warned fans to stay away from matches played behind closed doors at Old Trafford if the Premier League restarts amid the coronavirus crisis. Ole Gunnar Solskjaer's side are set to resume small group training on Wednesday as Premier League clubs step up the "Project Restart" plan to finish the season. But all 92 remaining matches will have to be played in front of empty stands due to the pandemic, leading United to activate a refund or rebate to ticket holders for their remaining home fixtures.

If the Premier League get their wish to play at clubs' normal stadiums rather than at neutral venues, then United will have four home league matches to play.

Aware of the danger of supporters gathering in large groups during the health crisis, United have pleaded with their fans to stay away from matches and watch on television.

"We share your disappointment that you will not be able to watch United in person from within the stadium, but we would encourage you to give your continued loyal support from the comfort and safety of your home," United said in an email to supporters on Tuesday.

"To help with that, the Premier League and their media partners will work to deliver the very best broadcast coverage of our games.

"We also ask for your co-operation not to travel to any stadiums at which we are playing on matchdays.

"By supporting from home and following Government guidance, you will be playing your part to keep your friends, your family and all United fans safe.

"This united effort to stay at home will give us the best chance of protecting the health of everyone in our community."

Manchester United Football
Get the latest Cricket news, check out the India cricket schedule, Cricket live score . Like us on Facebook or follow us on Twitter for more sports updates. You can also download the NDTV Cricket app for Android or iOS.