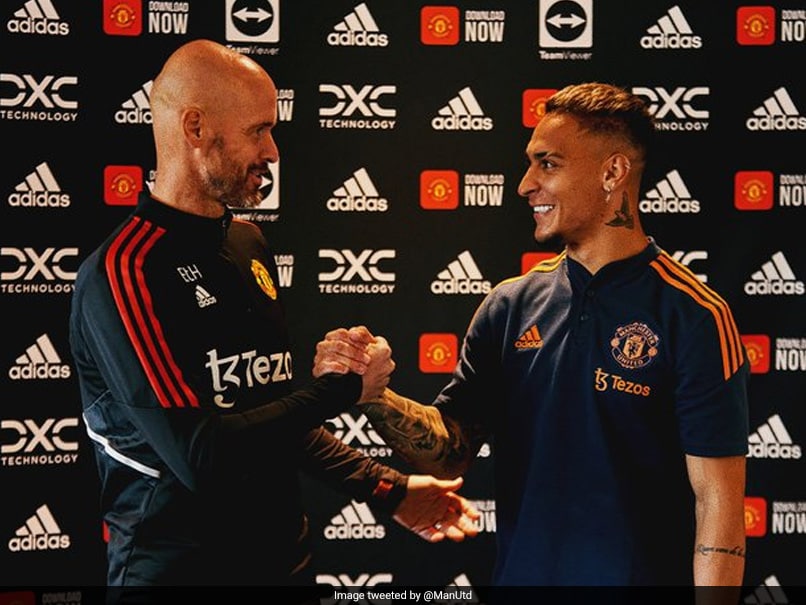 Manchester United completed the signing of Antony from Ajax on Thursday for a fee reported to be 95 million euros (81.3m pounds), making him the fourth most expensive signing in Premier League history. The 22-year-old Brazilian international forward has signed a contract until 2027, with the option of an additional year. The fee includes a potential five million euros of add-ons.

"This is an incredible moment in my career to be joining one of the most iconic clubs in the world," Antony said in a statement on Manchester United's website.

His fee is a record for an Eredivisie player, surpassing the 86 million euros of Frenkie de Jong's move from Ajax to Barcelona three years ago.

Ironically de Jong had been United's main transfer target for this season but they failed to secure him.

By moving to Old Trafford, he will be reunited with former Ajax manager Erik ten Hag, who has already brought defender Lisandro Martinez to United from the Dutch giants.

"Playing under Erik ten Hag at Ajax was perfect for me and my development," said Antony.

"His style of football and coaching brings out the best in me, and I am excited by what he has told me about his plans and ambitions in Manchester.

"My time at Ajax was fantastic and I will always be grateful for the trust they put in me, but now I am ready for the next challenge, and I can't wait to join my new team-mates and play my part in bringing success to Manchester United."

John Murtough, Manchester United Football Director, said Antony's desire to play for the club despite missing out on Champions League football this season had impressed him.

"Antony is one of the most exciting young talents in European football and has exactly the right profile for the attacking, dynamic team Erik is building," he said.

Veteran goalkeeper Martin Dubravka is expected to join as well from Newcastle United as back-up to David de Gea.

United have recovered from a dire start to the Premier League campaign and bid to win their third successive match later on Thursday against out of form Leicester.

Ajax Antony Football
Get the latest updates on Fifa Worldcup 2022 and check out  Fifa World Cup Schedule, Stats and Live Cricket Score. Like us on Facebook or follow us on Twitter for more sports updates. You can also download the NDTV Cricket app for Android or iOS.