Manchester United F.C., whose recent run of success in all competitions had raised hope that they could still force their way into the title race, have now lost more valuable ground in the chase for a more realistic target, that of finishing in the top four and earning a Champions League spot. 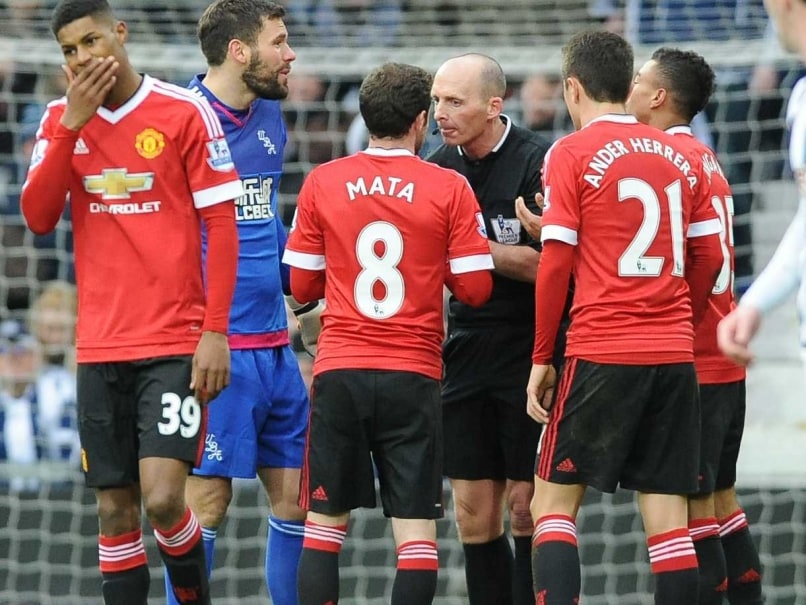 Louis van Gaal's side were left fighting an uphill battle after Mata saw red for picking up two yellow cards in the space of three minutes midway through the first half.

United, whose recent run of success in all competitions had raised hope that they could still force their way into the title race, have now lost more valuable ground in the chase for a more realistic target, that of finishing in the top four and earning a Champions League spot.

They paid the price for Mata's rashness as he was first yellow-carded for blocking Albion's attempt to take a quick free-kick and then took a swipe at former United team-mate Darren Fletcher.

The game was decided by an excellent finish from Rondon, who swiftly controlled Sebastien Pocognoli's cross before lashing a shot past David de Gea.

United acquitted themselves well in the opening stages, Anthony Martial registering the first shot on target, albeit an ambitious one from long range, which Ben Foster gathered quite comfortably.

But West Brom began to build up a head of steam, threatening through Craig Dawson and Saido Berahino.

As if that was not enough of a concern to United, their problems multiplied when Mata paid the price for picking up two needless bookings.

Having been shown a yellow card for preventing Fletcher from taking a free-kick, he then picked up a second booking for a reckless swipe at the same player, leaving referee Mike Dean with little option but to give him his marching orders.

Dawson had been well off target with an early header, but that was not the case when he tried an instinctive lob from long range that left De Gea grasping at thin air as it drifted just wide of the far post.

Van Gaal shuffled his pack in an attempt to stem the tide, with Martial, Jesse Lingard and Marcus Rashford all changing positions, and it succeeded in helping United to see out the remainder of the first half without any further alarms.

Not content with that, they began the second period with even greater vigour and purpose, Lingard's bursts down the left giving them even greater encouragement.

It was Lingard who went close to breaking the deadlock when he cut in from the left and unleashed a dipping shot that brushed the roof of the net after just clearing the bar.

Little had been seen of Albion as an attacking threat after the break, but they went in front midway through the second period courtesy of Rondon's clinically taken strike.

It seemed to knock the stuffing out of United and Mata looked on forlornly from The Hawthorns' media centre as the home side pressed for a second goal.

Van Gaal's side avoided any further damage, but that was little consolation as they suffered their first Premier League defeat at West Brom.

Comments
Topics mentioned in this article
Manchester United English Premier League Football
Get the latest updates on ICC T20 Worldcup 2022 and CWG 2022 check out the Schedule, Live Score and Medals Tally. Like us on Facebook or follow us on Twitter for more sports updates. You can also download the NDTV Cricket app for Android or iOS.