Manchester United manager Louis van Gaal has come under increased scrutiny amid a poor run of results with Saturday's 2-1 home defeat against Norwich seeing United slide out of the Premier League's top four. 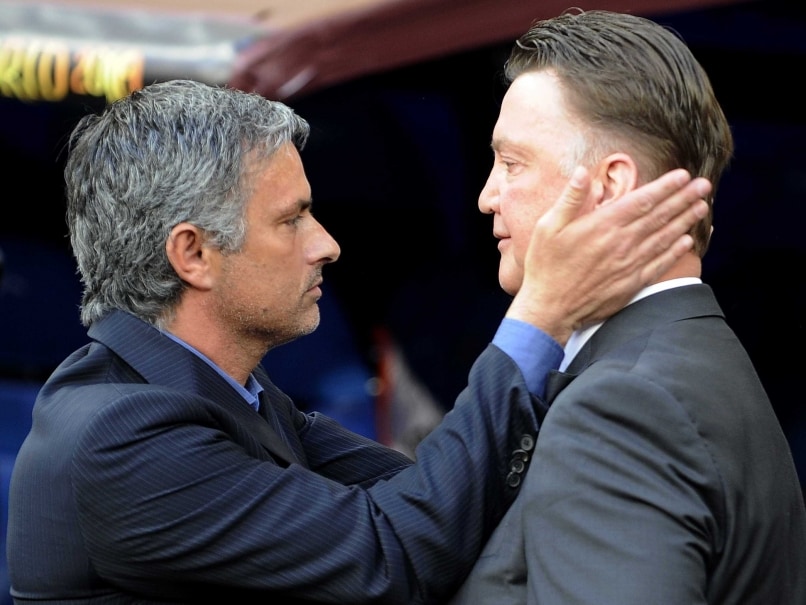 Louis van Gaal could be headed for Manchester United exit after the latest loss to Norwich City with Jose Mourinho tipped to take over from him.© AFP
Manchester:

Manchester United defender Phil Jones has issued a rallying call to his teammates to stick together and relieve some of the pressure on under-fire boss Louis van Gaal. (Manchester United Stunned by Norwich City F.C.)

The Dutchman has come under increased scrutiny amid a poor run of results with Saturday's 2-1 home defeat against Norwich seeing United slide out of the Premier League's top four. (Louis van Gaal Says Manchester United's Confidence is Shattered After Norwich Loss)

The Red Devils are without a win in six matches in all competitions and also suffered an embarrassing Champions League group stage exit after losing to Wolfsburg earlier in the month. (UEFA Champions League: Manchester United F.C. Crash Out as Wolfsburg Reach Last 16)

However, England international Jones said the mood at Old Trafford was worse during David Moyes's ill-fated reign two years ago.

"I wouldn't say it's the lowest moment. I think it became pretty glum, if you like, under David Moyes and it was unfortunate. We weren't playing well at the time.

"There's no point saying we've played some good football this season because ultimately we've lost three games in a row - but we have in patches. We need to stick together, there's nothing else you can do."

Former Chelsea boss Jose Mourinho has been linked with taking over from Van Gaal in the wake of the club's recent struggles, but Jones insisted the players were fully behind the Dutchman and backed him to turn things around.

"The manager is doing all he can and is doing a terrific job. It's not even questionable in the dressing room. The lads are absolutely fully-focused on performing well for the manager, the fans, ourselves, week-in, week-out.

"The players in there aren't hiding behind anyone. We know full well we have to take responsibility.

"There's no other way. The manager picks the team and the team has got to go out and do its best.

"We might be playing well, or playing well in patches, or not scoring or whatever it may be, but we need to stick together and us as players need to take responsibility for that. There's no two ways about that.

Manchester United will hope the festive period brings them better luck, although they face a tricky trip to Stoke City on Boxing Day.

Comments
Topics mentioned in this article
Manchester United Stoke City Norwich City Phil Jones English Premier League Football
Get the latest updates on Olympics 2020, Olympics 2020 Medal Tally, Live Cricket Score . Like us on Facebook or follow us on Twitter for more sports updates. You can also download the NDTV Cricket app for Android or iOS.