Manchester United F.C. 'Bid' for Daley Blind but His Agent is Clueless

Manchester United F.C. manager Louis van Gaal is reportedly interested in Ajax's Daley Blind but the player's agent says there has been no official word. 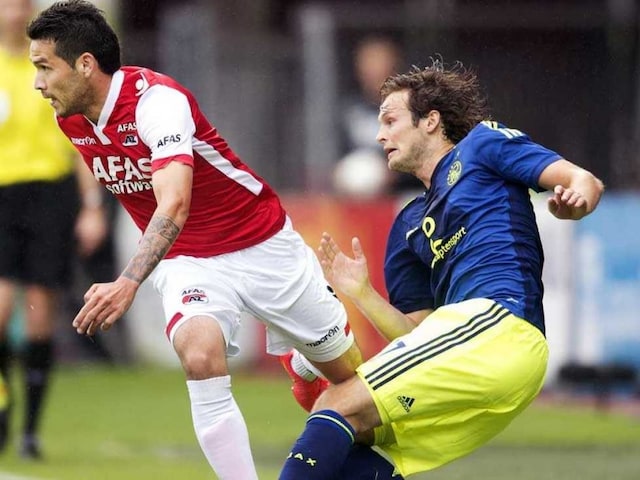 The Ajax utility player has been reported as a target for Louis van Gaal, who knows Blind from his time in charge of the Dutch national side that finished third at this year's World Cup in Brazil.

But Rob Jansen, Blind's agent, told Britain's talkSPORT radio that United had yet to make an approach to bring Blind to Old Trafford.

"At this moment Manchester United have not been in touch with me or Ajax about Daley and I'm not sitting here waiting for the call," Jansen said.

Blind, 24, the son of former Dutch star Danny Blind, can play at left-back or central midfield, an area where United would appear to need strengthening if they are to re-emerge as title contenders following last season's shock seventh-place finish in the Premier League.

United are on the brink of completing a British record £59.7 million ($98 million, 75 million euros) to sign Argentina midfielder Angel Di Maria from Real Madrid, according to British media reports.

United, 20-times English champions, have been linked with a move for Blind's Dutch team-mate Nigel de Jong, the former Manchester City midfielder who is now at Italian giants AC Milan.

Comments
Topics mentioned in this article
Manchester United English Premier League Daley Blind Football
Get the latest Cricket news, check out the India cricket schedule, Cricket live score . Like us on Facebook or follow us on Twitter for more sports updates. You can also download the NDTV Cricket app for Android or iOS.