Manchester United's revenue for the three months to December 31 fell nearly 20 percent due to a 39 million pound drop in broadcasting income. 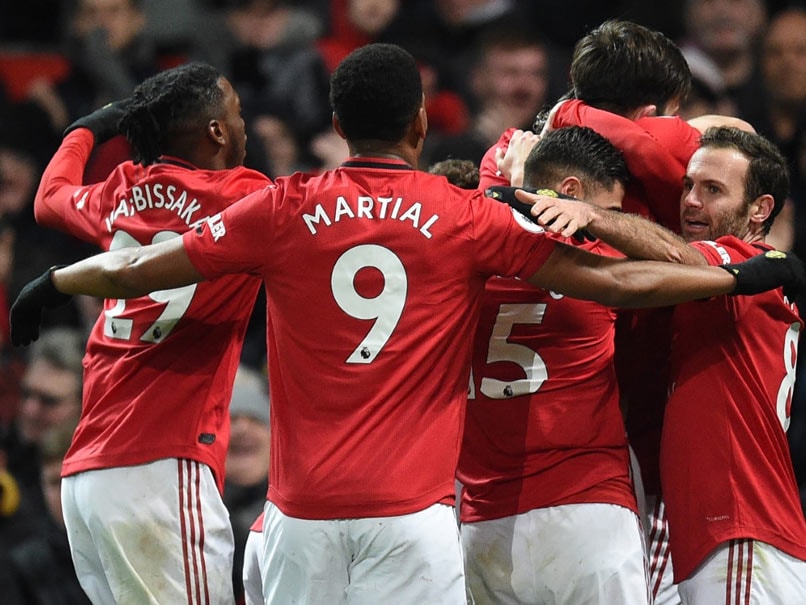 Manchester United are aiming for a strong finish in the Premier League, Europa League and FA Cup.© AFP

Manchester United executive vice-chairman Ed Woodward is adamant the club are heading in the right direction as the latest financial results underlined their need for a return to Champions League football next season. Back-to-back Premier League wins have propelled Ole Gunnar Solskjaer's side up to fifth in the table, which could be enough to qualify for Europe's top club competition if Manchester City's appeal against a two-season European ban is unsuccessful. United's revenue for the three months to December 31 fell nearly 20 percent due to a 39 million pound drop in broadcasting income. They are playing in the Europa League this season rather than the more lucrative Champions League.

Net debt also jumped to 391 million pounds, a 73.6 million pound increase on the same period in the previous year.

Woodward put that down to summer investment in players such as Harry Maguire, Aaron Wan-Bissaka and Daniel James.

The 47 million pound ($61 million) signing of Bruno Fernandes from Sporting Lisbon is not accounted for in the latest figures as the Portuguese international joined the club last month.

"We are pushing for a strong finish in the Premier League, the Europa League and the FA Cup as we enter the final third of the season," said Woodward.

"We have continued to make progress on our squad rebuild, with many changes in terms of players that we have brought in and players that have come through our academy.

"The foundation for delivering the long-term success that we are all working towards is in place as we implement our plan and our footballing vision with Ole."

Woodward has found himself at the centre of supporters' discontent in recent weeks.

Police launched an investigation after a flare was thrown over the gate to Woodward's home and red paint was sprayed on a gatepost in January.

Despite inconsistent results on the pitch, United continue to do well off the pitch. Commercial revenue for the quarter was up seven percent following recent deals with Alibaba and Mondelez International.

Manchester United Football
Get the latest updates on SA vs IND 2021-22, check out the Schedule and Live Score . Like us on Facebook or follow us on Twitter for more sports updates. You can also download the NDTV Cricket app for Android or iOS.