Marcos Rojo, who played for Argentina in the World Cup final loss to Germany last month and scored earlier in the tournament, signed a five-year contract at Old Trafford. 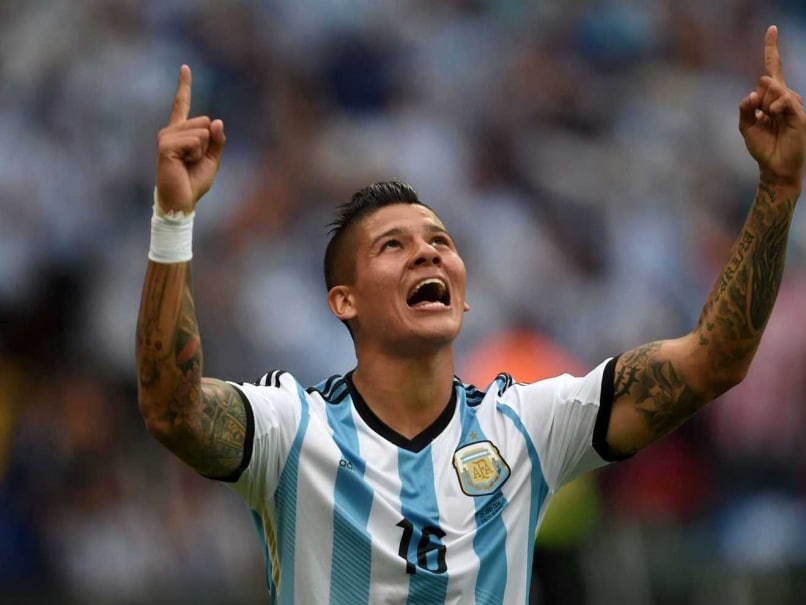 Manchester United completed the signing of defender Marcos Rojo from Sporting Lisbon for 20 million euros ($27 million) on Wednesday, and sent Nani on loan to the Portuguese club.

The 24-year-old Rojo, who played for Argentina in the World Cup final loss to Germany last month and scored earlier in the tournament, signed a five-year contract at Old Trafford.

"The Premier League is the most exciting league in the world and to have the chance to play in it for the world's biggest club is a dream for me," Rojo said. "I am young and am very keen to continue to learn the game, so playing for such an experienced technical coach as Louis van Gaal is a fantastic opportunity for me."

United's need to strengthen in defense was highlighted Saturday when the team opened the Premier League season with a 2-1 loss to Swansea in Van Gaal's debut as manager. The 20-time English champions finished seventh last season, with David Moyes fired less than a year after replacing Alex Ferguson.

"Marcos is a very gifted defender. He has played at the highest level in world football and can play either as a central defender or left back," Van Gaal said. "He has ability, physical strength and a willingness to learn that means he has a very bright future ahead of him.

"He had a very strong World Cup and has been playing in Europe for a couple of years now. He is a very good addition to the team."

Comments
Topics mentioned in this article
Manchester United Marcos Rojo English Premier League Football
Get the latest updates on ICC Women's Cricket World Cup 2022 and IPL 2022, check out the Schedule , Live Score and IPL Points Table. Like us on Facebook or follow us on Twitter for more sports updates. You can also download the NDTV Cricket app for Android or iOS.