Manchester City captain Vincent Kompany was dropped to the bench for Wednesday's home win over Leicester City after some below-par performances. 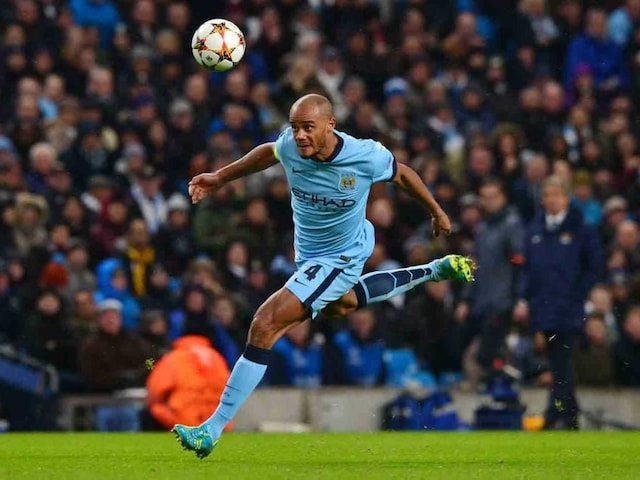 Kompany was dropped to the bench for Wednesday's home win over Leicester City after some below-par performances, reports dailymail.co.uk.

Hart knows how the Belgium defender is feeling after he was left out for seven league games last season following a loss of form. But the England keeper is confident Kompany will come back stronger for the experience.

"Vinny appreciates, same as we all do, that sometimes the manager will change the squad. There is no-one destined to play every single game - I've learned that lesson," Hart said on Friday.

"Vinny is an unbelievable player, one of the best I have ever played with, and that was his night off. I'm sure he will be back in the team again with that captain's armband, being one of the best defenders in world football."

The 2-0 victory over Leicester preserved City's title hopes as they try to catch Chelsea. But it was only the ninth time this season that Pellegrini's side has kept a clean sheet.

"It has not been good enough. We'd all accept that, myself included. It's not just the back four and the goalkeeper, we defend as a team. I don't set out to be brutally honest but I'd struggle to say things any other way," Hart was quoted as saying by dailymail.co.uk.

City have won both their Premier League titles on the last day, but Hart added: "I'm not that bothered about topping previous seasons in terms of drama. Winning the league is the most important thing, whether we do it dramatically or not."

Comments
Topics mentioned in this article
Vincent Kompany Joe Hart Manchester City English Premier League Football
Get the latest updates on IPL 2020, check out the IPL Schedule for 2020 and Indian Premier League (IPL) Cricket live score . Like us on Facebook or follow us on Twitter for more sports updates. You can also download the NDTV Cricket app for Android or iOS.