Premier League leaders City are reported to have paid a club record 65 million euros for Athletic Bilbao defender Laporte, eclipsing the &#163;55 million they paid for Kevin De Bruyne in 2015. 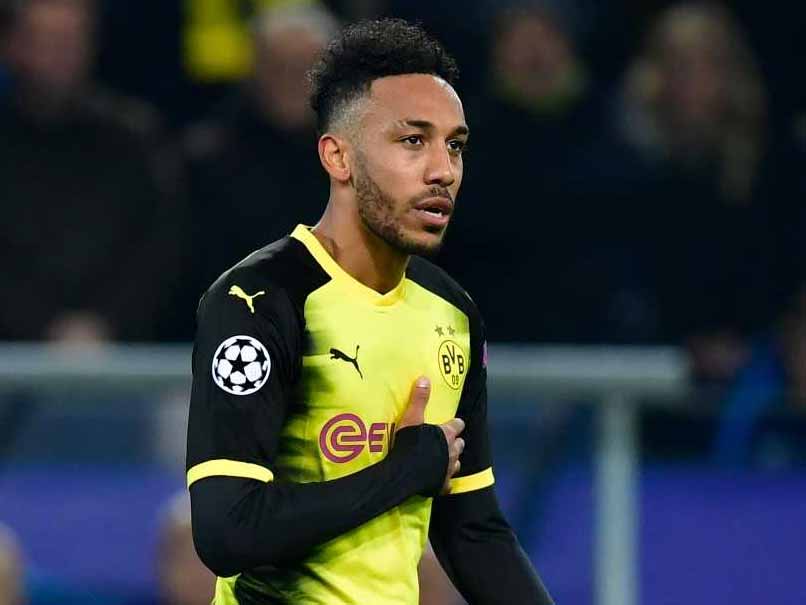 Manchester City completed the signing of Aymeric Laporte on Tuesday as Pierre-Emerick Aubameyang reportedly arrived at Arsenal's training ground to finalise his transfer from Borussia Dortmund, with clubs scrambling to beat Wednesday's deadline.

The 23-year-old is also the second most expensive defender in history behind Virgil van Dijk, who cost Liverpool £75 million from Southampton earlier this month.

Last week, Alexis Sanchez signed for Manchester United from Arsenal in a swap deal with Henrikh Mkhitaryan and with the clock ticking, it appears Arsene Wenger will land Aubameyang to boost his forward options.

"I am very happy to be here," Laporte said in a statement on Manchester City's website. "City are a club with a lot of ambition and they are one of the best teams in Europe.

"I am looking forward to working under Pep Guardiola and trying to help the club to achieve success."

City boss Guardiola said Laporte was ready to play straight away but may need time to adapt to the Premier League.

"He's fit, he's been playing the last period," Guardiola told reporters. "Of course he has to adapt because the Premier League is special in many senses.

"He is intelligent, he will read what is the situation. Even for English players, when they come into the Premier League it's always a little bit tough. We will be patient because he doesn't come for three months, he comes for five years."

Guardiola's January spending might not be over after widespread reports that City are interested in Leicester winger Riyad Mahrez.

Mahrez, 26, is reported to have handed in a transfer request as the Algerian tries to force through a move to Eastlands.

City also signed England Under-21 midfielder Jack Harrison from New York City on a three-and-a-half-year deal before sending him out on loan to Championship side Middlesbrough for the rest of the season.

Sky Sports News reported Tuesday that Aubameyang, 28, had arrived in Britain on a private jet before travelling to Arsenal's training ground near London.

Arsenal are understood to have agreed a fee of around £60 million with the Bundesliga club for the Gabon international but the German club will reportedly only sanction the move if they find a replacement.

Arsenal striker Olivier Giroud is reportedly a key cog in the transfer -- either as a direct replacement for Aubameyang or as part of a three-way deal, with Giroud moving to Chelsea and Michy Batshuayi swapping Stamford Bridge for Dortmund.

Chelsea have secured the signing of left-back Emerson Palmieri from Roma for a reported £25 million on a four-and-a-half year deal.

The 23-year-old played just twice for Roma this season after missing the first three months of the campaign with a serious knee injury.

"I came here because it's a great team with a great history. Today I am realising one of my dreams to pull on the shirt of such a great club," Emerson told the Chelsea website.

Elsewhere, Liverpool striker Daniel Sturridge, 28, left Anfield for struggling West Brom on a loan deal until the end of the season after slipping down the pecking order under Jurgen Klopp.

Barcelona winger Gerard Deulofeu has become Javi Gracia's first signing as Watford manager after arriving at Vicarage Road on loan until the end of the campaign.

Comments
Topics mentioned in this article
Pierre-Emerick Aubameyang Football Manchester City Arsenal English Premier League
Get the latest updates on IPL Auction 2023 and check out  IPL 2023 and Live Cricket Score. Like us on Facebook or follow us on Twitter for more sports updates. You can also download the NDTV Cricket app for Android or iOS.