The Bellagraph Nova Group's bid for Newcastle hit a snag after reports emerged of manipulated photos purporting to show former US president Obama in a meeting with its founders in Paris. 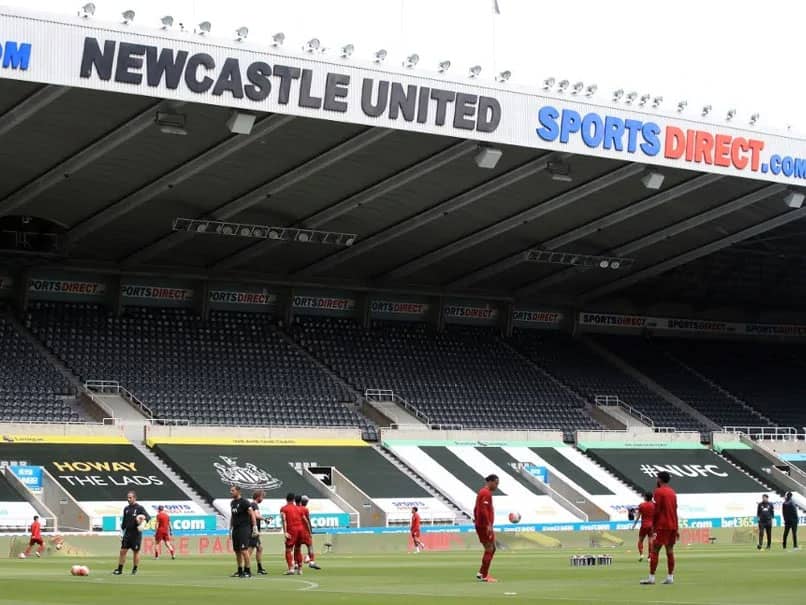 The Bellagraph Nova group said it is in advanced talks with Newcastle over a takeover.© AFP

The Singapore firm trying to buy Newcastle United has blamed "errant individuals" with "malicious intent" for releasing controversial marketing materials, including doctored photos of Barack Obama, a report said Wednesday. Bellagraph Nova Group, headed by two Singaporean entrepreneurs and their Chinese business partner, last week announced it was in "advanced" talks to buy the English Premier League side. But the bid hit a snag after reports emerged of manipulated photos purporting to show former US president Obama in a meeting with its founders in Paris, among other inconsistent claims.

The photos, which showed Singaporean entrepreneurs Terence and Nelson Loh and Chinese jeweller Evangeline Shen with Obama, were manipulated versions of pictures taken in Singapore in December, during an event sponsored by a BN Group-linked firm.

In a statement reported by Singapore's Straits Times newspaper Wednesday, BN Group said there had been "a number of queries relating to the company and marketing material that was purportedly released by the company".

It added that "the posting of the marketing material, which include matters in the pipeline but which have not been concluded, appears to be the result of the actions of certain errant individuals, possibly with malicious intent".

The firm will also hire legal counsel to investigate the controversy, the newspaper reported.

Nelson and Terence Loh, who are cousins, did not reply to email queries from AFP.

In documents that accompanied the bid announcement, BN Group described itself as a global conglomerate operating across 100 countries in fields ranging from finance to sport, healthcare and luxury goods.

But as well as the Obama photos, the company has made other questionable claims, including that it is headquartered at a prestigious Paris address.

A visit by an AFP reporter on Monday found that the Paris office address belongs to workspace provider Regus.

A Regus receptionist told the reporter that BN Group uses some office space, but that there was nobody in because of holidays.

AFP also found that no company named Bellagraph Nova Group or BN Group is registered in France. The company does not appear on Infogreffe, which holds information about firms listed in the national trade and companies register.

A visit by an AFP reporter to the company's Singapore office found it was located on the fourth floor of a modest building, with restaurants and a pet shop below.

The company's website is now password-protected, and it has also retracted several press releases related to its business.

On Tuesday the Loh cousins also took down a website of their foundation, saying its contents had been released "prematurely", the Straits Times reported.