Jurgen Klopp led Liverpool to a sixth European Cup last season and has now ended an even longer wait to become champions of England. 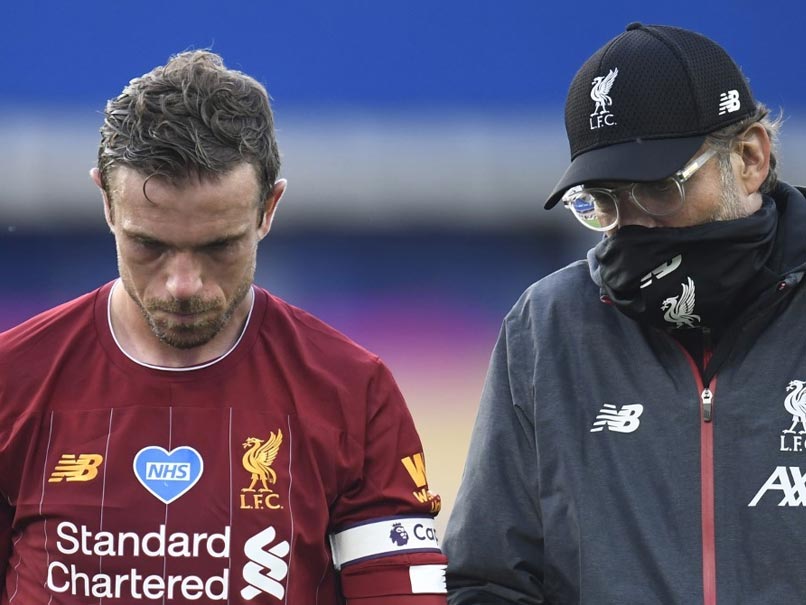 Liverpool captain Jordan Henderson hailed manager Jurgen Klopp's transformational impact on the club to end a 30-year wait to win the Premier League title on Thursday. Klopp arrived at Anfield in 2015 with the Reds struggling just to qualify for the Champions League on a regular basis via a top four finish. The German led Liverpool to a sixth European Cup last season and has now ended an even longer wait to become champions of England. "I felt from day one when he came in the door he changed everything," said Henderson.

"We followed him and believed him. It's been an amazing journey. I'm hoping there is more, we just keep hungry, keep wanting more and following him.

"The biggest thing is no matter what we all follow him, believe in him and he's took us to this point.

"This wouldn't be possible without him."

Liverpool's coronation as champions came without even kicking a ball as Manchester City's 2-1 defeat at Chelsea meant Klopp's men had an unassailable 23-point lead with seven games of the season remaining.

The wait to win the title was delayed an extra three months by the coronavirus pandemic that stopped the Premier League for 100 days.

"It's amazing to finally get over the line for the fans, the club, the whole city," added Henderson. "I'm just a bit overwhelmed right now, it is an amazing feeling."

Liverpool players and staff watched City's defeat together in a hotel.

"When we won the Champions League we were on the pitch. It was a different experience watching the game," Henderson continued.

"Then the final whistle going and being with everyone together was amazing. It is another moment in our lives we'll never forget."

Chelsea Jordan Henderson Jurgen Klopp English Premier League Football
Get the latest updates on ICC T20 Worldcup 2022, check out the Schedule and Live Score. Like us on Facebook or follow us on Twitter for more sports updates. You can also download the NDTV Cricket app for Android or iOS.