Liverpool captain Jordan Henderson says the loss of Virgil van Dijk is a "big blow" but he wants the Premier League champions to use his absence as an added incentive to stay in the trophy hunt. 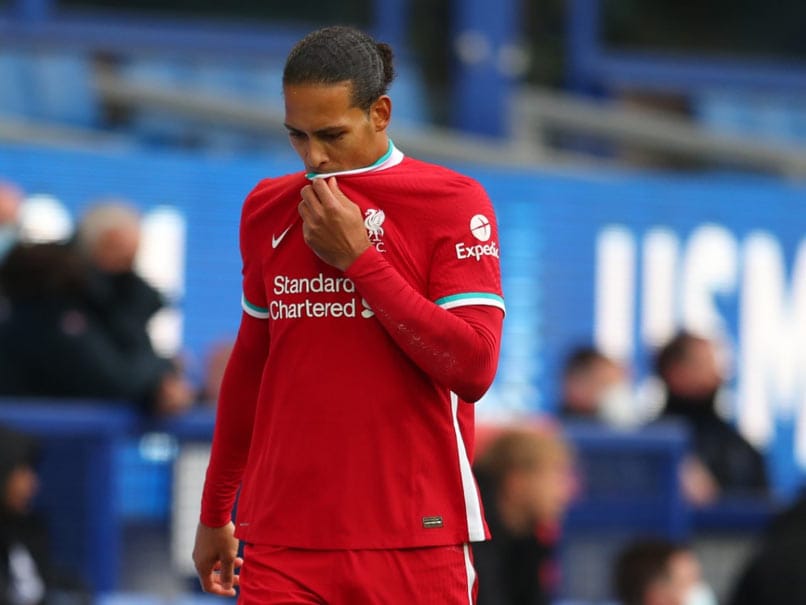 Liverpool captain Jordan Henderson says the loss of Virgil van Dijk is a "big blow" but he wants the Premier League champions to use his absence as an added incentive to stay in the trophy hunt. Defensive talisman Van Dijk requires surgery after suffering knee ligament damage during Saturday's Merseyside derby with Everton. Manager Jurgen Klopp is reluctant to put a timescale on the Dutchman's return but admits he faces a lengthy absence after being clattered by Everton goalkeeper Jordan Pickford in the 2-2 draw.

Henderson is confident Liverpool can cope in Van Dijk's absence, even though he has been a pivotal player since he joined the club in 2018.

"It's a tough one. It's a big blow for us," Henderson told the club website. "For him personally, obviously. But for us as a team, a massive blow.

"I'm just gutted for him. It's a difficult moment, but that's when you need to be there for each other."

The skipper said it was up to the team to "win as many games as we can for him".

"That's down to us as players to make sure that when he is back and he is fit that we're still fighting to be successful and fighting for trophies," said Henderson.

"You've got to use times like this to be stronger and to be even more together than we already are. And use it as a positive in some way."

Liverpool face their first challenge without Van Dijk in Wednesday's Champions Leaguegroup match away at Dutch side Ajax.

Liverpool Virgil Van Dijk Jordan Henderson English Premier League Football
Get the latest updates on IPL Auction 2023 and check out  IPL 2023 and Live Cricket Score. Like us on Facebook or follow us on Twitter for more sports updates. You can also download the NDTV Cricket app for Android or iOS.