Liverpool boss Jurgen Klopp paid tribute to his skipper Jordan Henderson, who he described as the perfect blend between having talent and a great attitude. 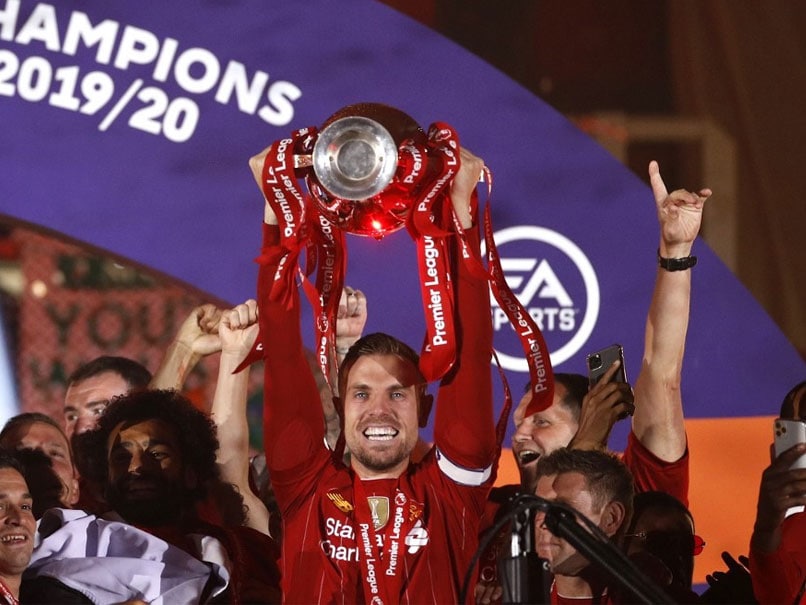 Jordan Henderson was named the Football Writers' Association player of the year.© AFP

Liverpool captain Jordan Henderson was named the Football Writers' Association player of the year on Friday for his role in leading the Reds to their first league title in 30 years. The 30-year-old beat Manchester City's Kevin De Bruyne, Manchester United forward Marcus Rashford and teammates Virgil Van Dijk and Sadio Mane to the prize. As well as making his presence felt in 30 Premier League games this season as Liverpool have surged to the title with an 18-point lead at the top of the table, Henderson led by example off the pitch during football's three-month coronavirus shutdown.

He spearheaded the "Players Together" initiative during the lockdown which saw players team up to raise money for Britain's National Health Service.

"I accept it on behalf of this whole squad, because without them I'm not in a position to be receiving this honour. These lads have made me a better player, a better leader and a better person," said Henderson.

"If anything I hope those who voted for me did so partly to recognise the entire team's contribution."

Liverpool boss Jurgen Klopp paid tribute to his skipper, who he described as the perfect blend between having talent and a great attitude.

"One of the big questions in football is, 'What makes a proper player?' or, 'What is more important: is it talent or is it attitude?'. I think the easy answer is that without talent you are nothing, without attitude you will stay a talent forever," Klopp said in a video message to Henderson.

"So you are the perfect example that the mix makes the difference."

"What a year you had, what a career so far you had and the best news: there's still a lot to come."

City boss Pep Guardiola said De Bruyne's outstanding season spoke for itself with the Belgian just one short of Thierry Henry's record of 20 assists in a Premier League season.

"I think he speaks for himself with what he gives us to our team and the Premier League. It is not necessary to say what a fantastic player he is," said Guardiola.

"At the same time congratulations to the captain of Liverpool for the award. He is a really good player."

As well as the top five, 10 other players received votes from FWA members.

Liverpool Jordan Henderson English Premier League Football
Get the latest updates on IPL Auction 2023 and check out  IPL 2023 and Live Cricket Score. Like us on Facebook or follow us on Twitter for more sports updates. You can also download the NDTV Cricket app for Android or iOS.