Leicester blew the chance to qualify for the Champions League for just the second time in the club's history as they lost 4-2 to Tottenham on Sunday. 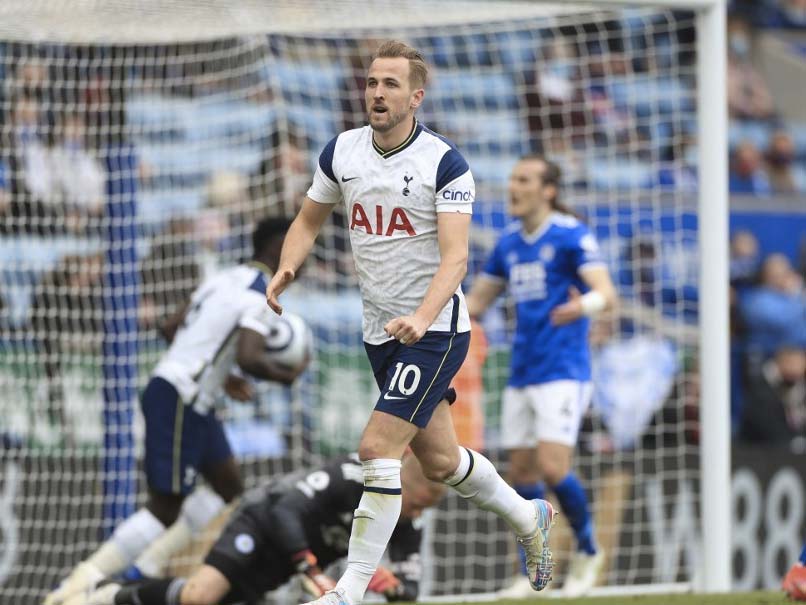 Harry Kane secured the Golden Boot as he slammed his 23rd Premier League goal of the campaign.© AFP

Leicester blew the chance to qualify for the Champions Leaguefor just the second time in the club's history as the Foxes lost 4-2 to Tottenham on Sunday. Jamie Vardy twice put Brendan Rodgers's men ahead from the penalty spot. But Harry Kane, on what could be his final appearance for Spurs, a Kasper Schmeichel own goal and a late double from Gareth Bale secured seventh place in the Premier League for Tottenham and a place in next season's Europa Conference League. Leicester spent more days in the Premier League top four than any other club this season, but for the second consecutive year they fell away in the final weeks of the campaign to miss out on the riches and prestige of Champions League football.

Chelsea's 2-1 defeat at Aston Villa opened the door for the FA Cup winnersto take advantage and move into fourth.

For much of a dramatic afternoon, it looked like Leicester would do just that as Vardy slotted home his first penalty on 18 minutes.

Kane is keen to move on from his boyhood club after Tottenham also missed out on the Champions League for a second straight year.

But the England captain secured the consolation prize of winning the Golden Boot as he slammed home his 23rd Premier League goal of the campaign four minutes before half-time.

Vardy was spot on again seven minutes into the second-half to put Leicester back in pole position to round off a fine season after lifting the FA Cup for the first time in their history last weekend.

Schmeichel was one of the heroes at Wembley eight days ago, but the Dane's mistake cost his side dear with a place in the Champions League worth at least £60 million.

The Leicester captain flapped at a corner to punch the ball into his own net 14 minutes from time.

With the home side then chasing a winner, Bale struck twice in the final 10 minutes to also sign off his loan spell from Real Madridon a high.

Leicester were furious Kane was not penalised for handball before he teed up the Welshman to slot into an unguarded goal.

Bale then tapped home his 16th goal of the season after his initial effort came off the post deep into stoppage time.

Leicester City Harry Kane English Premier League Football
Get the latest updates on India vs Australia and check out  Schedule, Results and Live Score. Like us on Facebook or follow us on Twitter for more sports updates. You can also download the NDTV Cricket app for Android or iOS.