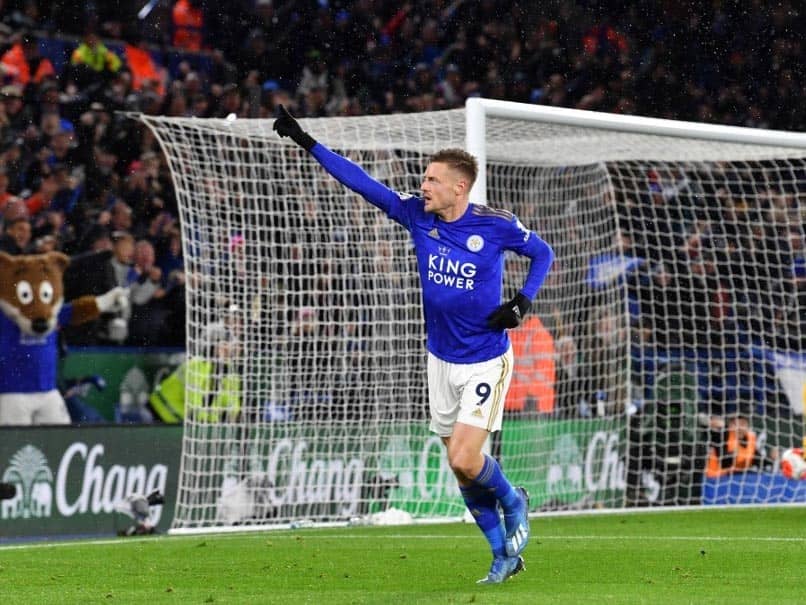 Brendan Rodgers hopes Leicester can kick on from a confidence-boosting 4-0 thrashing of Aston Villa, thanks to doubles from Harvey Barnes and Jamie Vardy, and secure a place in next season's Champions League. The Foxes had won just one of their previous seven Premier League games, but remain in third and restored an eight-point advantage over fifth-placed Manchester United in the battle for a top-four finish. "The last few games we haven't been at our level. In terms of attacking, we were much better this evening. After the first goal we went on and played very well," said Rodgers.

"Early on you could see our confidence wasn't where it has been. The only way you regain that confidence is hard work and these players have been brilliant."

Defeat leaves Villa rooted in the relegation zone and there was little from the visitors to suggest they can save themselves in the final 10 games of the season.

No side has conceded more goals in the Premier League this season than Villa and it was easy to see why as Leicester passed up a host of simple chances from poorly defended set-pieces early on.

"We started the game quite well but then we didn't defend corners well enough and we had a big mistake for the (first) goal," said Villa boss Dean Smith.

"Individual mistakes are costing us. We need to get better."

Pepe Reina was a spectator when Villa stunned Leicester to reach the League Cup final in January and Dean Smith's decision to recall the Spaniard in place of Orjan Nyland backfired for the opening goal five minutes before half-time.

The former Liverpool goalkeeper raced well outside his box, but was beaten to the ball by the pace of Barnes, who kept his cool to fire into an unguarded net.

Iheanacho then missed a great chance to double Leicester's lead early in the second half and the Nigerian may find himself back on the sidelines in the weeks to come as Vardy refound his scoring touch.

The former England striker started on the bench as he returned from injury and had only been on the field four minutes when he grabbed his first goal in 10 games from the penalty spot after Tyrone Mings was adjudged to have handled Barnes's cross.

Vardy was back in the groove and doubled his tally 11 minutes from time when he found space at Reina's near post to move two goals clear in the race for the Premier League golden boot.

"The injury over seven or eight weeks had curtailed him but his running and movement were back to what we are used to from him," added Rodgers on his top scorer. "He got his reward for his hard work."

Barnes then also smashed home his second of the evening from Marc Albrighton's low cross.

Leicester City English Premier League Football Jamie Vardy
Get the latest updates on IPL 2020, check out the IPL Schedule for 2020 and Indian Premier League (IPL) Cricket live score . Like us on Facebook or follow us on Twitter for more sports updates. You can also download the NDTV Cricket app for Android or iOS.