Leicester City were given a 5,000/1 chance to win the English Premier League title at the beginning of the season 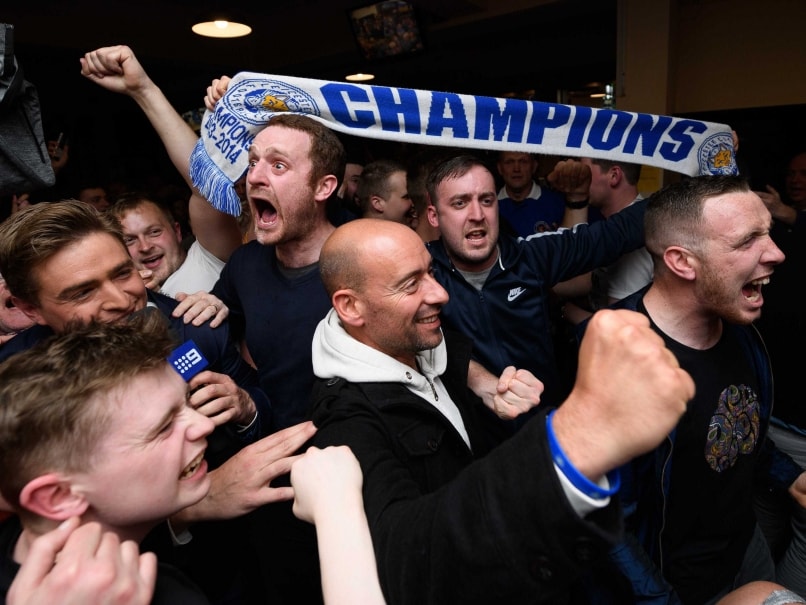 Leicester City were crowned champions of England for the first time in the club's 132-year history after nearest challengers Tottenham Hotspur could only manage a 2-2 draw away to Chelsea on Monday.

With Leicester's players gathered at the home of striker Jamie Vardy to watch the match on television, Spurs went 2-0 up, only for goals from Gary Cahill and substitute Eden Hazard to bring Chelsea level and complete one of the most astonishing stories in professional sport.

"It's an unbelievable feeling. I've never known anything like it," said Vardy, who was shown jubilantly celebrating Spurs' result with his teammates in a video posted on Twitter by left-back Christian Fuchs.

"We were scrapping to stay in the league last season and on Saturday we'll be lifting the trophy.

"It's the biggest achievement in the history of a great club and we all feel privileged to be part of it."

Claudio Ranieri's side, 5,000-1 outsiders who were at the foot of the table just over a year ago, can now look forward to a title party when they lift the trophy at their King Power Stadium home following Saturday's game with Everton.

The modest Thai-owned club are England's first new title-winners since Brian Clough's Nottingham Forest side of 1978 and their surge to glory in the world's most-watched football championship has won them admirers across the globe. 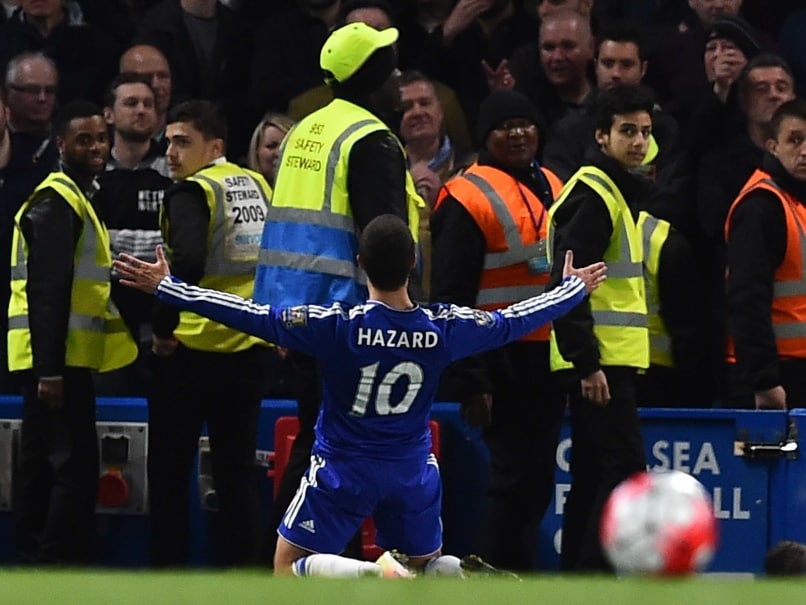 Eden Hazard had scored the goal that brought Chelsea the title last year and, after a dismal campaign, he resurfaced to write another chapter in English football history.

"I'm so proud," Leicester manager Ranieri said in comments published on the website of the club he joined in 2015. "I never expected this when I arrived. I'm a pragmatic man."

"The players have been fantastic," the Italian added. "Their focus, their determination, their spirit has made this possible. Every game they fight for each other and I love to see this in my players. They deserve to be champions."

Leicester's previous best season in the English top flight was a second-place finish in 1929 and their last piece of silverware had been the 2000 League Cup.

"I've never known a spirit like the one between these boys. We're like brothers," said Leicester captain Wes Morgan, who scored the equaliser in their 1-1 draw at Manchester United on Sunday.

"Saturday can't come quickly enough. I can't wait to get my hands on the trophy."

Leicester's former striker Gary Lineker, who promised to present the BBC's flagship Match of the Day television programme in his underwear if they won the title, said their achievement was "impossible".

"I can't think of anything that surpasses it in sporting history," said the former England striker. "It is difficult to put over in words."

Fans in the east Midlands city of Leicester gathered to watch the game in bars and pubs, roaring on Chelsea, the outgoing champions, as if supporting their own team.

There were scenes of delirium at Hogarths pub, near the cathedral where 15th-century monarch Richard III was reinterred in March last year, supposedly sparking the team's rise to glory.

Supporters spilled into the surrounding streets afterwards, chanting the names of Ranieri and 22-goal top scorer Vardy, who was named the Football Writers' Association (FWA) Footballer of the Year earlier in the day.

Mauricio Pochettino's young Spurs team needed to win all three of their final games, starting with Monday's match at Chelsea's Stamford Bridge ground, to stand any chance of claiming their club's first league title since 1961.

But having been held 1-1 by West Bromwich Albion on their previous outing, they failed to close out victory again.

"I want to congratulate Leicester and Claudio Ranieri and all the players," said Spurs head coach Pochettino.

"It's a fantastic season for them."

Ranieri had never previously won a league title and was sacked by Chelsea in 2004, but chants of "There's only one Ranieri!" rang around their ground as Monday's final whistle approached.

Bringing the story of his association with the Premier League full circle, the 64-year-old Ranieri will return to Stamford Bridge for his miracle team's final game of the season on May 15.

Congratulations to Leicester because they have been superb this year," said John Terry, the Chelsea captain.

"(Ranieri) has been different class. To do what they have done has been unbelievable and given hope to the smaller sides."

Ranieri was reported to have flown back from Italy earlier on Monday, having gone to visit his 96-year-old mother following Sunday's game at Manchester United.

Hazard meanwhile, last season's Player of the Year, had scored the goal that brought Chelsea the title a year previously and, after a dismal campaign, he resurfaced to write another chapter in English football history.

Comments
Topics mentioned in this article
Leicester City Chelsea Tottenham Hotspur Eden Hazard English Premier League Football
Get the latest updates on India vs Australia Series, check out the India vs Australia Schedule for 2020-21 and Ind vs Aus live score . Like us on Facebook or follow us on Twitter for more sports updates. You can also download the NDTV Cricket app for Android or iOS.