Leicester are now at the second spot with 40 points from 20 matches, two behind former EPL champions Arsenal and a point ahead of formidable Manchester City. 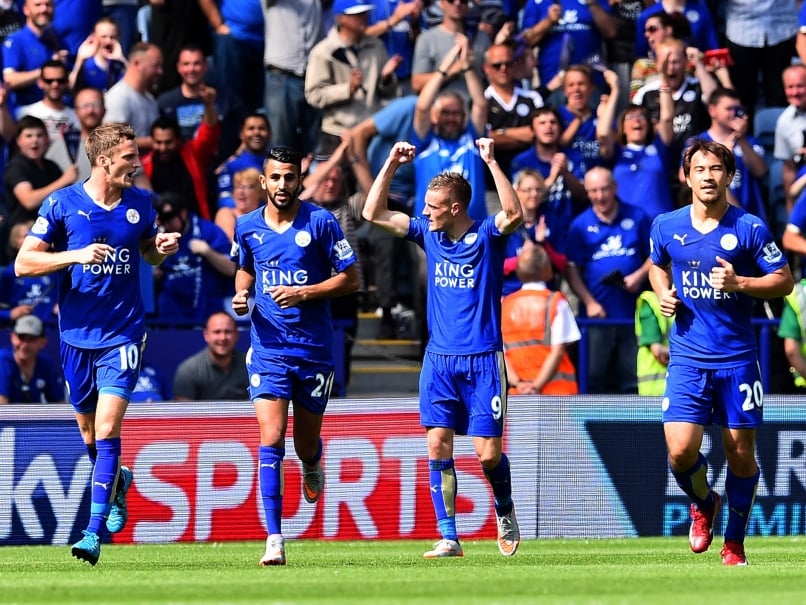 Leicester City have been the surprise package of the Premier League and still continue to top the table with 38 points.© AFP
London:

Giant-killers Leicester City are enjoying a dream run in the English Premier League (EPL) this season and manager Claudio Ranieri wants the players to maintain the intensity till the end of the current campaign.

Having led the table for several rounds, Leicester are now at the second spot with 40 points from 20 matches, two behind former EPL champions Arsenal and a point ahead of formidable Manchester City. They ensured safety from relegation by picking up a point with a goalless draw against Bournemouth in their last EPL match on Saturday and the whole squad celebrated with a trip to a London casino.

But Ranieri warned the Leicester players not to relax too much.

"We are doing something nobody could have expected. But if they lose impetus, I will be furious, desperate. If someone loses his focus, he will be out of the team. We want to win," the Italian was quoted as saying by the English media on Sunday.

Star striker Jamie Vardy is out with a groin injury and is undergoing rehabilitation after a surgery. The 28-year-old has been in tremendous form, scoring 15 times in the first 16 matches and his absence may hit the team hard.

Ranieri now faces a difficult task as he tries to marshall Leicester's limited bench strength but does not want his team to put a limit on their ambitions.

"When we started we wanted to build a very good team over two, three, four years," the 64-year-old said. "I am trying to build something here with 22-23 players."

"At the moment, maybe we make the steps two at a time rather than one. Sometimes this happens and you can run until the end. But sometimes you make something and have to stay calm for one month and then start again and grow.

"For me it's important not just to build this season but next year, the next year, the year after that. I want to build the future with this team. That is my vision. It is also the philosophy of the owner. The owner had the vision of the top four," he added.

Comments
Topics mentioned in this article
Leicester City English Premier League Football
Get the latest updates on IPL Auction 2023 and check out  IPL 2023 and Live Cricket Score. Like us on Facebook or follow us on Twitter for more sports updates. You can also download the NDTV Cricket app for Android or iOS.