Newcastle United announced on Friday they had signed Kieran Trippier from Atletico Madrid, with the England international becoming the first arrival under the club's new Saudi-led ownership. 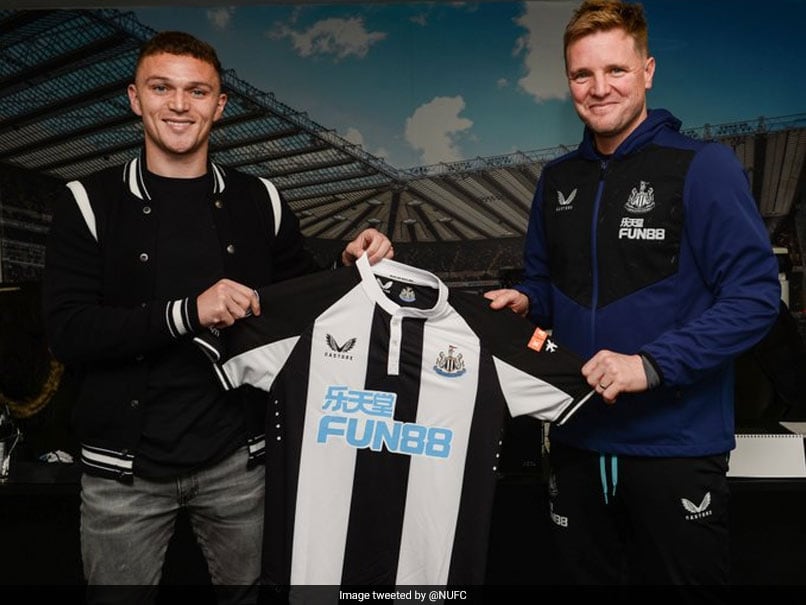 Kieran Trippier has signed with Newcastle United for an undisclosed fee.© Twitter

Newcastle United announced on Friday they had signed Kieran Trippier from Atletico Madrid, with the England international becoming the first arrival under the club's new Saudi-led ownership. The 31-year-old full-back has moved back to the Premier League for an undisclosed fee, understood to be in the region of 12 million pounds ($16 million) plus add-ons. The former Tottenham defender has signed a two-and-a-half-year contract and his arrival signals the launch of a new era under Eddie Howe, who was appointed as manager in November.

"Newcastle United are delighted to confirm the signing of England full-back Kieran Trippier from Atletico Madrid for an undisclosed fee," the club said in a statement.

"The 31-year-old has agreed terms on a two-and-a-half-year deal and becomes the first senior signing under the club's owners and head coach Eddie Howe."

I'm so happy to be joining Newcastle. Everyone knows the fans are unbelievably passionate and I will give my absolute all for them. I can't wait to get to work

Thank you to everyone at @nufc & the fans for the very warm welcome I have received so far pic.twitter.com/6d0raRrpnv

Trippier said he was relishing his return to England from Spain.

He said: "I'm delighted to be joining this fantastic club. I really enjoyed my time in Madrid, but when I became aware of interest from Newcastle United, and having worked with Eddie Howe before, I knew this was where I wanted to be.

"I'm aware there is a lot of work ahead of us, but I know the demands of Premier League well and I know what an amazing club this is with very talented players. I can't wait to get started."

Newcastle face a struggle just to stay in the Premier League. They are just one place off the foot of the table after a single win all season.

Atletico Madrid Kieran Trippier English Premier League Cricket
Get the latest updates on ICC Women's Cricket World Cup 2022 and IPL 2022, check out the Schedule , Live Score and IPL Points Table. Like us on Facebook or follow us on Twitter for more sports updates. You can also download the NDTV Cricket app for Android or iOS.