In his autobiography, Alex Ferguson said Liverpool captain Steven Gerrard "was not a top, top player" and questioned some of Kenny Dalglish's signings during his second spell as manager between 2011 and 2012. 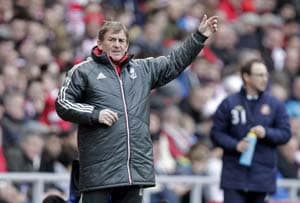 In 'My Autobiography', released on Thursday, Ferguson said Liverpool captain Steven Gerrard "was not a top, top player" and questioned some of Dalglish's signings during his second spell as manager between 2011 and 2012.

He also described Liverpool's decision to publicly support striker Luis Suarez after he had been accused of racially abusing United left-back Patrice Evra as "ridiculous".

Dalglish, a former Liverpool player and manager who returned to the club as a non-executive director earlier this month, said he was "surprised" by his fellow Scot's remarks.

He also queried why Ferguson did not go into greater detail about his dispute with former United shareholder John Magnier over the ownership of the racehorse Rock of Gibraltar, which was eventually settled out of court.

"It's up to him what he says about United. It was his club," Dalglish wrote in a column in British newspaper The Daily Mirror.

"But I did find it interesting that he saw fit to dedicate an entire chapter of his book to Liverpool Football Club. 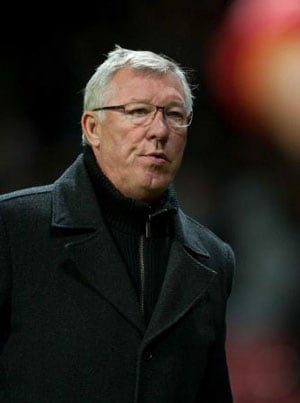 "I think a lot of people would have been interested to learn more about the Rock of Gibraltar story. But there were only a few words about the racehorse and the controversy that caused so much upset at United and was part of the reason for his fall-out with (former United captain Roy) Keane.

"Then he said that in his opinion the Liverpool captain Steven Gerrard was not "a top, top player". Considering he tried to buy him, it's a strange statement straight away. Maybe he's bitter that Steven didn't want to go.

"Ferguson must be the only person with any knowledge of football who does not regard Steven as a world-class player."

Dalglish added: "Maybe what's eating Ferguson is that you can only imagine the success that United would have had with Steven in their team. It's frightening.

"He said he was not haunted by any of my signings at Liverpool, either. Well, he may not have lost any sleep over them, but he certainly lost a few points."

Writing in the Daily Mail, he said he was "flabbergasted" by Ferguson's opinion of Gerrard and described his claim that Liverpool lacked imagination under former manager Rafael Benitez as "just not true".

"My respect for Ferguson is total. I regard him as the best manager there has been for his achievements at Manchester United and, crucially, what he accomplished with Aberdeen," Carragher added.

"But he never managed to do what Bob Paisley did with Liverpool, namely achieving total European domination. Paisley remains out on his own with three European Cups and perhaps that's why Liverpool remain at the forefront of Ferguson's mind."