Premier League: Jurgen Klopp was not best pleased after Roy Keane said Liverpool were "sloppy" at times during their 3-1 win over Arsenal. 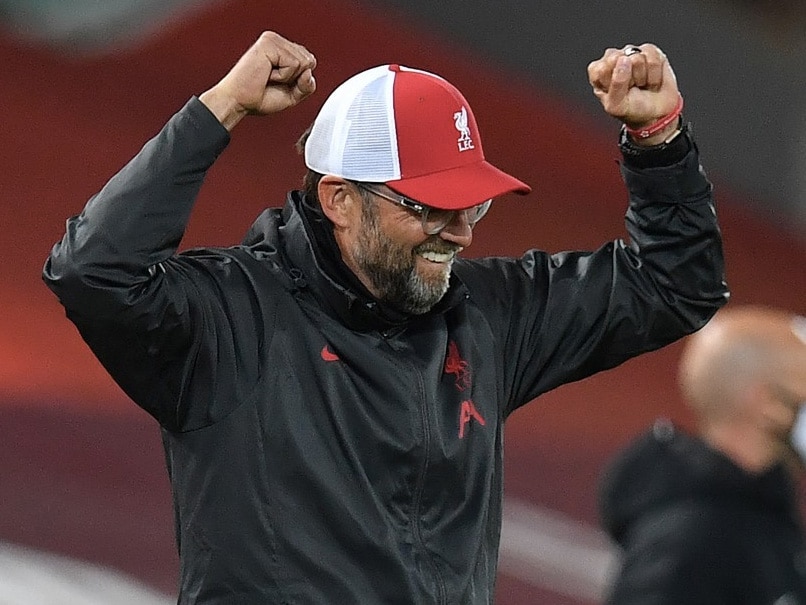 Jurgen Klopp said Liverpool's performance against Arsenal was "the opposite of sloppy".© AFP

Manchester United great Roy Keane rarely came off second best in a tackle but the outspoken TV pundit was forced to backtrack after Jurgen Klopp took him to task for labelling Liverpool "sloppy" following Monday's 3-1 win over Arsenal. Klopp jumped on Keane's observation after his team's victory, which maintained the champions' 100 percent record after three games. "Did I hear right? Mr Keane said we had a sloppy performance tonight? Did he say that?" said Klopp. Former United and Republic of Ireland captain Keane did not address the question directly.

"I think they gave up one or two opportunities, which he will be disappointed with," said the 49-year-old.

Klopp, who won the Champions League with Liverpool in 2019 and their first Premier League title last season, pressed on.

"Did he say that it was sloppy? I want to hear it," said the 53-year-old German. "I am not sure I heard it right and maybe he was speaking about another game.

"It cannot be this game. Sorry, that is an incredible description of this game."

Klopp described his team's performance against in-form Arsenal as "exceptional".

"This game tonight -- there is nothing bad to say," said Klopp. "It was the opposite of sloppy."

Keane, unusually for him, sought to calm the situation.

"You might have misheard me," he said. "There were sloppy moments but I think you have been outstanding and I have been giving the club nothing but praise.

"I am not sure you heard me correctly, you need to hear the rest of it."

Keane, though, had the last laugh after the Liverpool boss had left the interview.

Manchester United Jurgen Klopp English Premier League Football
Get the latest updates on India vs South Africa and check out  Schedule, Results and Live Score. Like us on Facebook or follow us on Twitter for more sports updates. You can also download the NDTV Cricket app for Android or iOS.