Jose Mourinho's 100 percent record since taking over at Spurs came to an end in a 2-1 loss against his former club at Old Trafford. 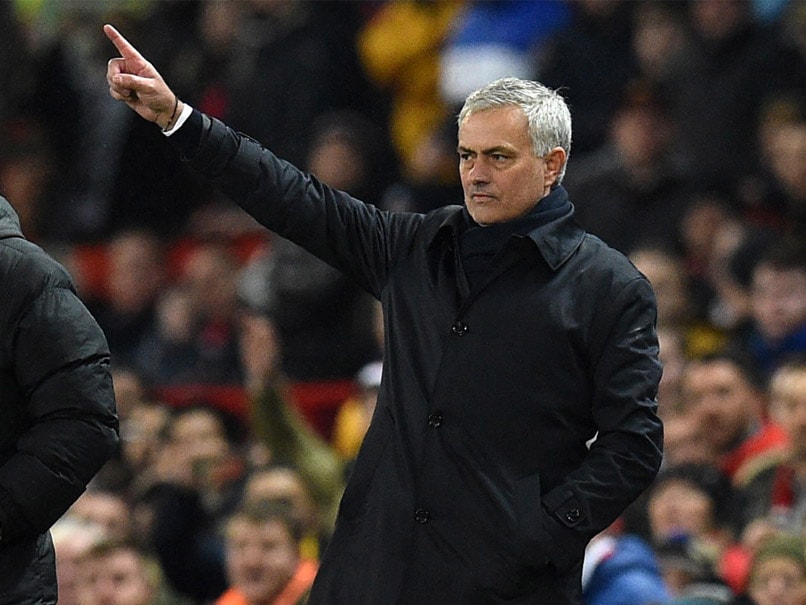 Jose Mourinho has ordered his squad to respond to the midweek setback.© AFP

Jose Mourinho said he reacted to Tottenham's midweek defeat at Manchester United by sleeping at the club's training ground. Mourinho's 100 percent record since taking over at Spurs came to an end in a 2-1 loss against his former club at Old Trafford. However, he said he refused to wallow in pity and instead started planning for Saturday's home game against Burnley. "I slept in here (the training ground), I stayed here, I didn't go home, so the next morning at eight o'clock I was here doing what? Burnley," Mourinho explained on Friday.

"That's the way you have to do it in football. Don't accept in a passive way."

Defeat to United followed successive league victories over West Ham and Bournemouth, in addition to progression to the last 16 of the Champions League.

Now, Mourinho has ordered his squad to respond to the midweek setback.

"There is no solution against that, you lost that person. A football match, you lose one, tomorrow there is another one.

"Accept defeat as a learning process, next game, work the next day."

Tottenham Hotspur English Premier League Football Jose Mourinho
Get the latest updates on SA vs IND 2021-22, check out the Schedule and Live Score . Like us on Facebook or follow us on Twitter for more sports updates. You can also download the NDTV Cricket app for Android or iOS.