Manchester United manager Jose Mourinho conceded the mood in the squad was no longer quite so buoyant, but he is confident his players will put their recent struggles behind them this weekend. 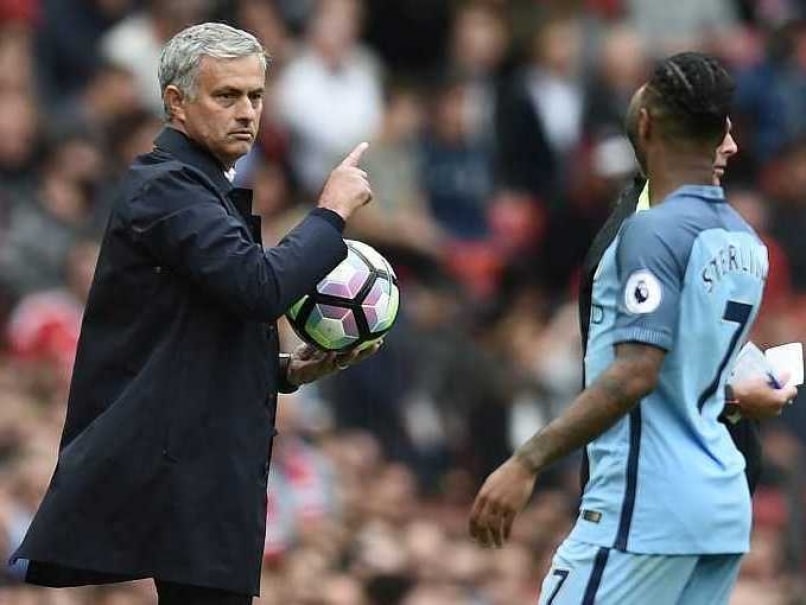 Manchester United manager Jose Mourinho (L) will have to come out with something new to lift his team.© AFP

Jose Mourinho insists Manchester United will get back on track at Watford in the Premier League on Sunday after successive defeats ruined a promising start to his reign.

But the size of the rebuilding job facing Mourinho has been laid bare over the last week as his arch rival Pep Guardiola led Manchester City to a 2-1 win over United at Old Trafford before Feyenoord clinched a shock 1-0 victory in the Europa League on Thursday.

United were well below their best against Feyenoord and another loss at Vicarage Road this weekend would leave Mourinho with some awkward questions to answer for the first time since he took charge.

The United manager conceded the mood in the squad was no longer quite so buoyant, but he is confident his players will put their recent struggles behind them this weekend.

"I think the game on Sunday will be an independent game. It is a new event," Mourinho said.

"It starts minute zero at 0-0 so I think it has nothing to do with the previous two matches.

"But obviously when you lose matches the mood, the feeling, is not the same. That's normal.

"But I think we are experienced players and the players are very good guys and I know they want to win and work, so that's what we have to do."

With the critics sharpening their knives, Mourinho insists losing to a strong City side and suffering a narrow loss with a much-changed team against Feyenoord is no reason for panic among the United faithful.

"To be honest, I think we didn't play phenomenal matches in these two defeats, but in both I think it is a punishment for the team because we deserved more than the results we got," said Mourinho, who should recall Wayne Rooney and Zlatan Ibrahimovic after the forwards were left out of the starting line-up against Feyenoord.

"When we won the Community Shield and the three Premier League matches, I was not on the moon.

"I was not saying that we are a phenomenal team and we are going to destroy every opponent.

"I always said it was a very good start but I was never on the moon. I know that the situation is not click your fingers and everybody is perfect."

Even so, he could do with an influential performance from France midfielder Paul Pogba against Watford after the world record signing's latest underwhelming performance in midweek.

"I don't like to individualise too much. I think he was like the team. In the first half they were in control but were playing half pace," Mourinho said.

After locking horns with Guardiola last weekend, Mourinho comes up against another manager he has antagonised in the past in Watford's Walter Mazzarri.

Mazzarri coached Sampdoria and Napoli during Mourinho's reign at Inter Milan and the Italian got hot under the collar when the Portuguese provocateur said of him that "a donkey can work hard but will never become a thoroughbred".

At the time, Mazzarri dismissed him for talking "rubbish, so much rubbish", but now he says he doesn't hold a grudge and plans to offer Mourinho a post-match drink on Sunday.

"I have a very good relationship with Mourinho. Sometimes the press look at what happens in Italy; the same with Antonio Conte and Mourinho," Mazzarri said.

"It's normal when you fight for top positions that it happens but I have a very good relationship; a strong relationship with him.

"There is professional respect. Of course I'll invite him for a drink. No problem."

Ryan Giggs finds the net with a clever finish against our next opponents, Watford, in 2000. #MUFC https://t.co/9AgPmPGwPw

Comments
Topics mentioned in this article
Manchester United Watford Feyenoord Jose Mourinho English Premier League Football
Get the latest updates on IPL 2021, check out the IPL 2021 Schedule and Indian Premier League Live Score . Like us on Facebook or follow us on Twitter for more sports updates. You can also download the NDTV Cricket app for Android or iOS.