The former England defender feels Chelsea, Liverpool and Arsenal will finish in the top four. 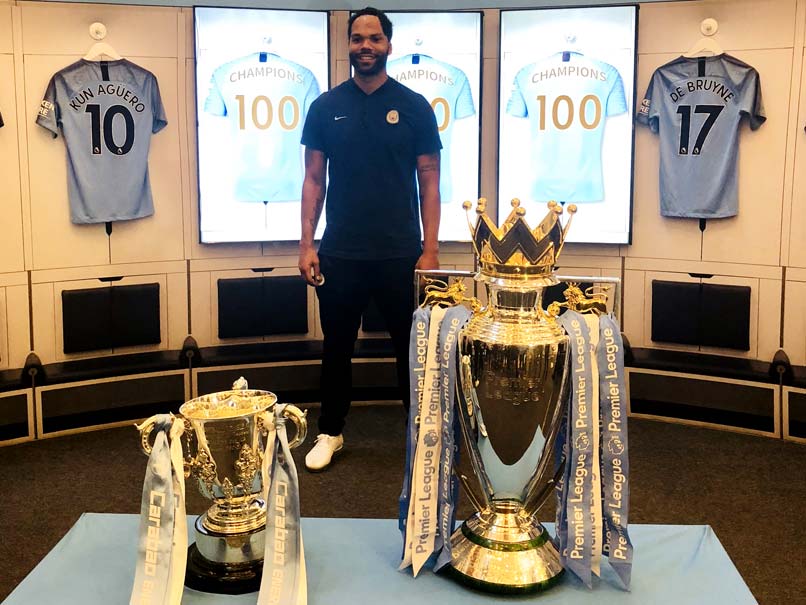 Former England defender Joleon Lescott was a vital member of the Manchester City's first two Premier League title victories. Joleon Lescott was in India as the club's ambassador for their Centurions Trophy Tour to celebrate the club's record-breaking 2017/18 season when the team won the Premier League and Carabao Cup trophies. Lescott feels Manchester City would win the league while Chelsea, Liverpool and Arsenal finish in the top 4. "I believe Manchester City would win the league. Chelsea, Liverpool and I think Arsenal will be the teams in the top 4," he told NDTV.com.

Talking about his time with the club and current manager Pep Guardiola, Lescott lauded the new team highlighting the importance of David Silva, Vincent Kompany and Sergio Aguero.

"I think our styles are different, in regards the players and teams, I think it isn't fair to compare them. But it would be a very exciting game and since the fact that we David Silva, Vincent and Sergio signed in that era, we get to keep him in our team," he added.

He also spoke highly of the Indian fans and lauded their passion for the game. "Very passionate. More passionate than I expected. Most places we've been so far on this tour. Again, I have said many times, I knew the Premier League is big out here. The fact that Manchester City is this big is a credit to what the team has achieved in recent years also the dedication by the fans," he said.

Lescott also shed light on Liverpool's chances this season given the signings they made. "Yeah, they have obviously added to their team, their squad to withstand any potential injuries later this season. They obviously play and train with intensity. You need health of your squad, a bigger squad. So they have made some very productive signings. I said every team is worried about what City would do," he added.

Despite Manchester United's lack of positive results in the early games of the season, Lescott is optimistic about their upturn in fortunes. "Current form is not great. I feel that is evident with the results and stuff and in the inconsistencies they have. With regards to where they finish... they still have an opportunity to obviously win and finish top 4.

"I just think the teams in there now have a level of confidence that will be hard to catch due to Man United being so inconsistent," Lescott signed off.

David Silva Football
Get the latest updates on Fifa Worldcup 2022 and check out  Fifa World Cup Schedule, Stats and Live Cricket Score. Like us on Facebook or follow us on Twitter for more sports updates. You can also download the NDTV Cricket app for Android or iOS.