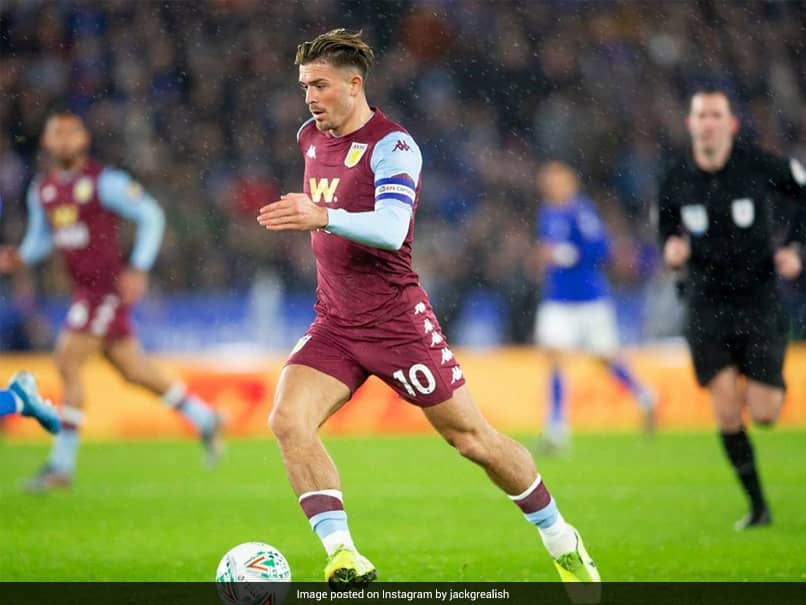 Jack Grealish said he is delighted to commit his future to Aston Villa.© Instagram

Aston Villa are planning to build a "top team" around England international Jack Grealish after he signed a new five-year contract on Tuesday. The 25-year-old playmaker and club captain had been linked with a move away from the Premier League side during the transfer window. However, Grealish laid those fears to rest by announcing the new contract with the club he has been with since he was eight years old. "I am delighted to make this commitment to Villa," said Grealish in a club statement.

"It is my club, my home and I am very happy here.

"The owners have made it very clear to me how ambitious they are and how they want to build Aston Villa.

"There are exciting times ahead and I am very glad to be part of it."

Grealish, who made his first appearance for England against Denmark last week, has signed a contract until 2025.

"Jack is an emblem of our owner's vision for Aston Villa," said Purslow.

"He joined our club as a local boy and has developed into one of the country's finest players finally becoming a full England international last week.

"We are determined to build a top team around him and are delighted he is extending his contract and committing himself to the club he loves."

Aston Villa English Premier League Football
Get the latest updates on IPL 2021, IPL Points Table , IPL Schedule 2021 , live score . Like us on Facebook or follow us on Twitter for more sports updates. You can also download the NDTV Cricket app for Android or iOS.