Harry Maguire, the world's most expensive defender, has struggled for Manchester United since his well-documented Greek court case in August. 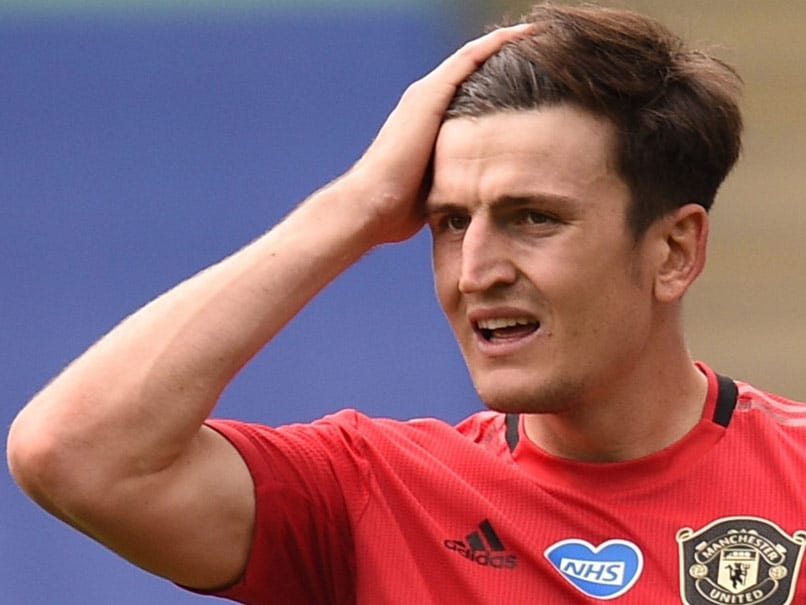 Ole Gunnar Solskjaer says Harry Maguire will "bounce back" after his torrid start to the season.© AFP

Ole Gunnar Solskjaer says Harry Maguire will "bounce back" after his torrid start to the season but could miss Saturday's Premier League trip to Newcastle through injury. The 27-year-old -- the world's most expensive defender -- has struggled for Manchester United since his well-documented Greek court case in August. On Wednesday he was sent off in the first half of England's 1-0 loss to Denmark in the Nations League -- just days after helping Gareth Southgate's team to victory against Belgium. "When Harry is part of the England team that beats number-one ranked Belgium, that's just a normal day and then you get the headlines when you get the sending-off," said Solskjaer.

"That's just football for you. There's so many ups and downs that we have got to deal with it, individually and as a group.

"Harry's got great resilience. I know he'll bounce back. I'll know that he wants to play, he wants to just work his way out of the last couple of games that he's been criticised (for)."

The United boss said at his pre-match press conference that Maguire "picked up a knock" against Denmark and would have a fitness test on Friday.

United head to Newcastle looking to react to the 6-1 humbling at home to Tottenham before the international break.

"It's one of those things that you have to get over as soon as you can and move on," Solskjaer said. "We know any little chance from outside... you want to create a division.

"I think Bruno (Fernandes) spoke really well the other day about how we are united, we have to stay together. We can't listen to everyone outside. We've got to just get on with it."

Solskjaer, speaking for the first time since the club brought in Edinson Cavani, Facundo Pellistri and Alex Telles on transfer deadline day, said he was looking forward to integrating the new players.

Cavani is yet to join the squad because he is in quarantine.

"All three of them have got something different to what we have and they'll definitely come in and help us," said the United boss.

"I think the group, as well, are looking forward to having them join in."

England Harry Maguire English Premier League Football
Get the latest updates on ICC T20 Worldcup 2022 and CWG 2022 check out the Schedule, Live Score and Medals Tally. Like us on Facebook or follow us on Twitter for more sports updates. You can also download the NDTV Cricket app for Android or iOS.