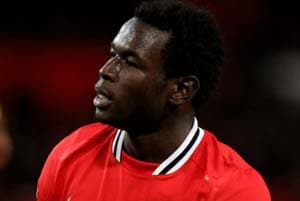 The Bundesliga club said the 24-year-old Diouf, who played for Manchester's reserve team, signed a 21/2 year deal and will train with the side on Monday.

"I'm glad we have an additional alternative for the attack in Mame Diouf," Hannover coach Mirko Slomka said. "We have to focus on integrating him quickly."

United signed Diouf for 4.5 million ($5.9 million) from Norwegian side Molde in 2009. German daily Bild says that Hannover will pay around 1.8 million ($2.4 million) for the forward.