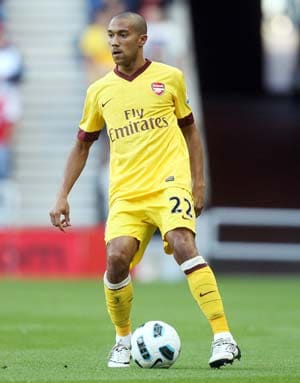 Clichy has been one of the few solid performers for City during a troubled campaign that will end with the club trophyless and managerless.

The France left-back's reward is an improved deal which will keep him at Eastlands until 2017.

"I'm really happy to have agreed a new deal with City and I'm already looking forward to next season," Clichy told City's website.

"Things didn't go the way we wanted them to this year but we'll come back stronger next season and learn from this experience."

City, who play their final Premier League game of the season at home to Norwich on Sunday, are looking for a new manager after sacking Roberto Mancini last week, but interim boss Brian Kidd believes Clichy will be an asset to whoever comes in to replace the Italian, whose likely successor is Malaga coach Manuel Pellegrini.

"Gael is a crucial member of this team and we're all delighted he's committed his future to Manchester City," Kidd said.

"We are building a side that will challenge for honours for years to come and to do that, you need top quality players - Gael comfortably fits into the bracket.

"Gael is a top professional off the pitch as well as on it and his attitude and conduct is faultless. He is a manager's dream."

Clichy has made 74 appearances for City since joining from Arsenal in 2011 and the 27-year-old is confident of more success with the club in the coming years.

"We are just going to keep moving forward and raising the bar," he said.

"We know where we want to be and with the talented players in our squad there is no reason why we can't achieve our targets.

"When I look around me and see the quality players and the plans that are taking shape at Manchester City, I know that I am in the right place."

Comments
Topics mentioned in this article
Football Manchester City Inter Milan Alex Ferguson Gael Clichy Mark Hughes English Premier League
Get the latest Cricket news, check out the India cricket schedule, Cricket live score . Like us on Facebook or follow us on Twitter for more sports updates. You can also download the NDTV Cricket app for Android or iOS.