Petr Cech has played only four full Premier League games this season -- all in 2015 and all with a clean sheet -- against 25 appearances for Belgian international Thibaut Courtois, who is ten years younger. 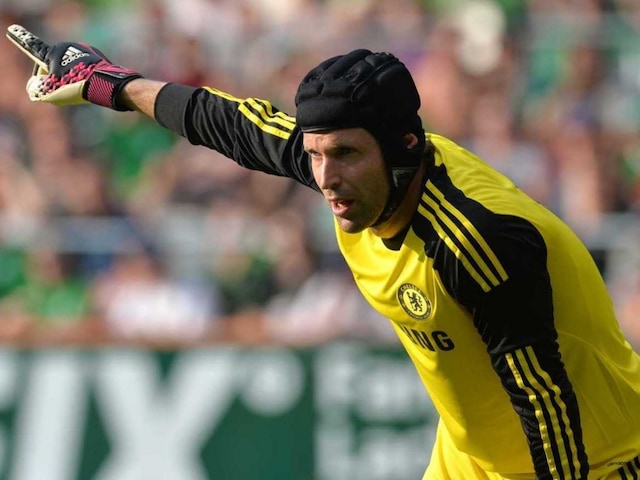 Cech has many admirers including Premier League duo Arsenal and Liverpool.© AP
Prague:

Chelsea goalkeeper Petr Cech said on Tuesday he might leave the Blues in the summer ending a highly successful 11-year spell saying he is finding it tough being second choice to Thibaut Courtois after years of being the uncontested number one.

"I don't want to go on like this for another season, so it's clear," Cech told reporters in Prague, ahead of Saturday's Euro 2016 qualifier against Latvia.

The 32-year-old Czech Republic keeper has played only four full Premiership games this season -- all in 2015 and all with a clean sheet -- against 25 appearances for Belgian international Courtois, who is ten years younger.

"I have to do something about my situation because I want to play, not sit on the bench," said Cech, who is under contract till the summer of 2016.

"I was used to playing fifty or sixty games per season, not fifteen or twenty," added the keeper.

The only consolation for Cech, capped over 100 times since making his international debut in 2002, was winning this season's League Cup -- beating Spurs 2-0 on March 1 -- after getting the nod from Chelsea manager Jose Mourinho ahead of Courtois.

"It's no secret that I would like to play more. The situation has not changed. We will deal with it at the end of the season," said Cech.

"When a specific bid comes, I will consider it. There are bids that you can't turn down and those that you consider," added the keeper.

Cech, who has won many trophies with Chelsea including the 2012 Champions League and 2013 Europa League as well as three Premier League crowns, has many admirers including Premier League duo Arsenal and Liverpool as well as Serie A highflyers AS Roma and defending French champions Paris Saint-Germain.

Comments
Topics mentioned in this article
Petr Cech Chelsea English Premier League Football
Get the latest updates on IPL 2020, check out the IPL Schedule for 2020 and Indian Premier League (IPL) Cricket live score . Like us on Facebook or follow us on Twitter for more sports updates. You can also download the NDTV Cricket app for Android or iOS.