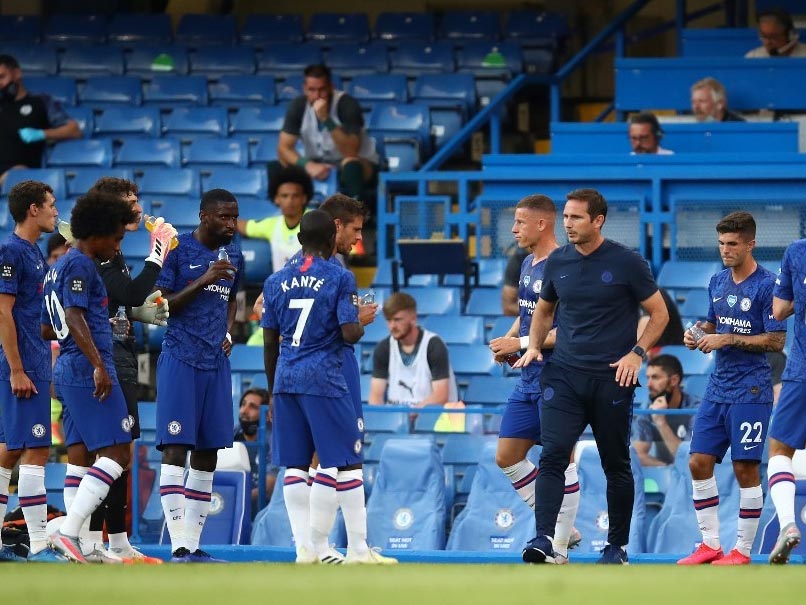 Frank Lampard has warned his Chelsea players they still face a dogfight in the battle for a top-four Premier League finish despite their win against Manchester City. Christian Pulisic and Willian scored as the fourth-placed Blues beat City 2-1 on Thursday - moving five points clear of Manchester United, in fifth, and Wolves. Chelsea's victory also sealed Liverpool's first top-flight title in 30 years.

Despite their cushion, Chelsea manager Lampard said his side could not expect to coast to Champions League qualification.

"It's a big three points for us but we're in a battle here," he said.

"It's not going to be decided by that game. It's a nice result that will give us confidence but the consistency that we produce to the end of the season is what will define us this year if we are to get the finish we want to have.

"I'm not getting carried away. We can get better. We can be better on the ball. We can have more possession."

Willian, who scored the winning goal, could yet leave Chelsea at the end of this campaign, but whatever happens next, Lampard says he can rely on the 31-year-old.

"I'm delighted with Willian, he's been great for me this season," said the Chelsea boss.

"The players look up to him, he's a senior player in the group. He has quality, he has work ethic and it was a continuation of his form for big parts of the season."

Former Chelsea and England midfielder Lampard also had warm words for Pulisic, who has scored two goals since the Premier League resumed following the coronavirus shutdown.

"Of course Christian came in last summer, there was a lot of talk about it," said Lampard. "He didn't get a break. When he got in the team he was going really well and then got a really tough injury."

"He is a young player with so much talent and will get better and better," he added.

Manchester United Frank Lampard Willian English Premier League Football
Get the latest updates on ICC Women's Cricket World Cup 2022 and IPL 2022, check out the Schedule , Live Score and IPL Points Table. Like us on Facebook or follow us on Twitter for more sports updates. You can also download the NDTV Cricket app for Android or iOS.