Frank Lampard said it was difficult to put in enough work on the Chelsea training ground, with two matches a week and a looming international break. 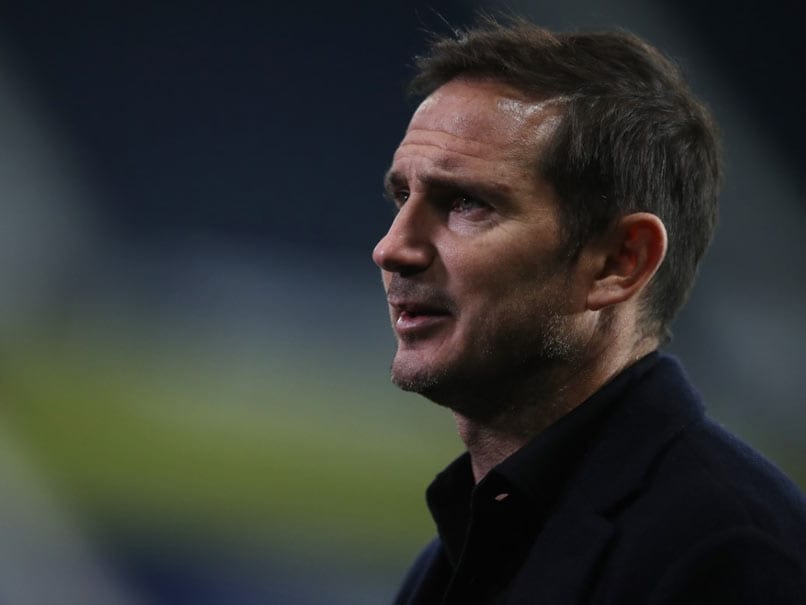 Frank Lampard says he is struggling to find the time to work with his new-look Chelsea team on the training pitch as the fixtures come thick and fast. Tammy Abraham's last-gasp strike rescued a 3-3 draw against West Bromwich Albion on Saturday after the London side had trailed 3-0. The result means Chelsea have taken just four points from their first three Premier League matches after an opening win against Brighton and a 2-0 defeat to Liverpool. Lampard, who has spent heavily during the summer transfer window, blamed "very clear individual mistakes" for his team's problems at the Hawthorns.

But he said it was difficult to put in enough work on the training ground, with two matches a week and a looming international break.

"I keep saying it and I'm not pleading or making excuses -- it's just a fact," Lampard said ahead of Tuesday's League Cup clash against Tottenham.

"Part of the reason we had a successful year last year was the work we put in on the training ground."

"When you have new players in you really want to work like that," he added. "We haven't had the chance. So not just at the back, the whole way we're playing, it needs work.

"Football doesn't work that you throw things together and everything is amazing because otherwise we wouldn't have had managers who have shown that work brings success."

After Saturday's home Premier League match against Crystal Palace, Chelsea are not in action again until October 17, with players jetting off to represent their countries.

Lampard said he hoped they would not be over-worked by international managers and would "come back safely".

The Chelsea boss made a point of defending goalkeeper Kepa Arrizabalaga, whose future at Chelsea is in doubt after the signing of Senegal keeper Edouard Mendy from Rennes.

Lampard played down suggestions that the error-prone Spaniard may have played his last game for the club.

"It's been a difficult time for Kepa," he said. "I think that's well-documented but I know it and he knows it.

"We should certainly not jump to that conclusion and also, which I feel quite strongly about in the last week, (we) understand that Kepa is a young man and a lot of the spotlight on him has become slightly unfair.

"I have to protect him because I know he's a good lad and playing with absolute professionalism and intent to do the best he can."

Chelsea Frank Lampard English Premier League Football
Get the latest updates on ICC T20 Worldcup 2022, check out the Schedule and Live Score. Like us on Facebook or follow us on Twitter for more sports updates. You can also download the NDTV Cricket app for Android or iOS.