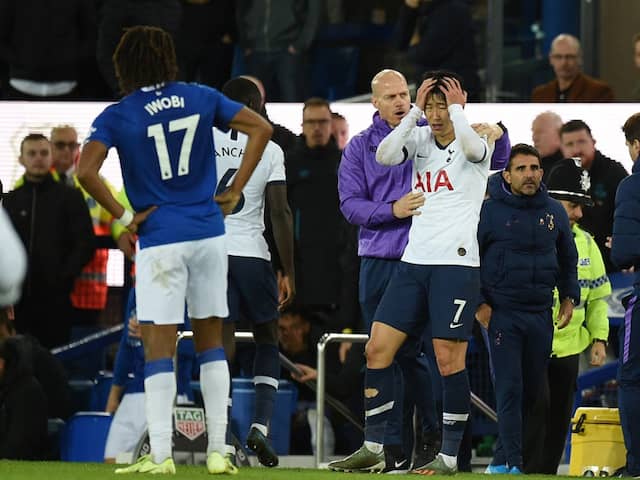 Tottenham Hotspur forward Son Heung-min won his appeal Tuesday against the red card he received for a challenge that led to the horrific injury suffered by Everton midfielder Andre Gomes. The Football Association (FA) overturned the decision following an appeal by Spurs, meaning the South Korea international will not serve a three-match ban. Son was sent off after a foul which left Gomes with a broken and dislocated ankle in Sunday's 1-1 draw at Goodison Park.

"Heung-min Son will be available for Tottenham Hotspur FC's next three domestic fixtures after an independent Regulatory Commission upheld a claim of wrongful dismissal," the FA said in a statement.

Son was visibly distraught after seeing the extent of Gomes' injury and was inconsolable after the match.

That led to some doubt over whether he would travel with Spurs for their vital Champions League clash against Red Star Belgrade, but he was part of the group that left for Serbia on Tuesday.

Gomes underwent surgery on Monday and is expected to make a full recovery.

The Portugal international had surgery on Monday on the fracture dislocation of his right ankle that he suffered during the second half of Sunday's 1-1 draw with Tottenham.

"Following a successful operation yesterday, Andre Gomes has now been discharged from hospital and will continue his rehabilitation under the care of our medical team," Everton said in a statement posted on the club's Twitter feed.

Son Heungmin English Premier League Football André Gomes
Get the latest Cricket news, check out the India cricket schedule, Cricket live score . Like us on Facebook or follow us on Twitter for more sports updates. You can also download the NDTV Cricket app for Android or iOS.