Five issues for David Moyes to address at Manchester United

United have long been renowned for their dashing wing play, but the club's wide players have gone off the boil over the past year. Antonio Valencia no longer bursts past left-backs with the explosive pace he exhibited in his first two seasons at the club, while Ashley Young was lambasted for a careless display at City and Nani remains a model of inconsistency. The quicksilver Wilfried Zaha, meanwhile, has not played since the Community Shield. 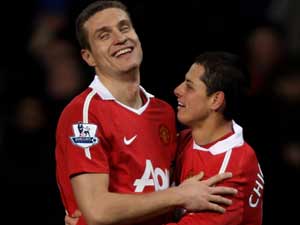 Having complained about Manchester United's opening set of fixtures, manager David Moyes emerged from his first seven competitive games with a record of four wins, one draw and two defeats.

The losses column includes Sunday's 4-1 drubbing at Manchester City, but with a kinder run of fixtures beginning against West Bromwich Albion this weekend, AFP Sport looks at five areas that require Moyes's attention.

CAN VIDIC AND FERDINAND HACK IT?

Fitness concerns meant that the central defensive partnership of Nemanja Vidic and Rio Ferdinand was aligned in only nine league games during Alex Ferguson's final season at the club, but Moyes selected the pair for his first six matches. That run of games culminated in the capitulation at City, however, where United failed to get to grips with the darting movement of Sergio Aguero and the muscularity of Alvaro Negredo. In Jonny Evans, Phil Jones and Chris Smalling, Moyes has plenty of options at centre-back, but he must first decide whether or not to retain faith in his two elder statesmen.

United have long been renowned for their dashing wing play, but the club's wide players have gone off the boil over the past year. Antonio Valencia no longer bursts past left-backs with the explosive pace he exhibited in his first two seasons at the club, while Ashley Young was lambasted for a careless display at City and Nani remains a model of inconsistency. The quicksilver Wilfried Zaha, meanwhile, has not played since the Community Shield. If United are to retain their title, they may need at least one of their wide players to make a significant improvement. 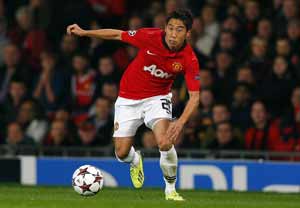 IS THERE A ROLE FOR KAGAWA?

A year into his time at Old Trafford, Kagawa is still to make a breakthrough despite several encouraging performances, including a fine hat-trick in a home win over Norwich City in March. He is the only attacking midfielder capable of picking a match-changing pass in the final third, but with the remotivated Wayne Rooney installed as Moyes's first-choice number 10, he finds himself competing with Danny Welbeck, Young and Nani for a place on the left flank of the United attack. He impressed in the 4-2 Champions League win over Bayer Leverkusen, but of his performance in Wednesday's 1-0 win against Liverpool in the League Cup, Moyes said "there were bits where we were looking for a little bit more".

It is 10 years since a United midfielder last amassed 10 goals in a league season, with Paul Scholes the last player to reach the milestone (if Cristiano Ronaldo, who morphed from a winger into an ultra-prolific forward, is discounted). With Rooney, Robin van Persie, Danny Welbeck and Javier Hernandez at his disposal, Moyes does not lack fire-power, but the season's main prizes may elude United if their wide players and central midfielders are unable to relieve some of the burden on the frontmen. New signing Marouane Felliani, in particular, will be expected to give United a keener cutting edge at set pieces.

Unlike Ferguson, who pared down his media commitments to an absolute minimum, Moyes has been more open with the press and routinely attends post-game press conferences. While the end of the Ferguson-imposed omerta has been welcomed, some of Moyes's observations have invited criticism; notably his complaints about United's fixtures and his candid revelations about the club's failings in the close-season transfer window. Although it is true that United are now in a transitional period following Ferguson's departure, Moyes may come to appreciate that the wall of silence erected by his predecessor helped create the sense of power and mystique that surrounds the club.