A study by the High Pay Centre think-tank, quoted in British newspaper The Guardian, indicated that the fruits of success were not being shared with fans, as ticket prices in the top league rose by between 700 and 1,025 percent from 1989 to 2011. 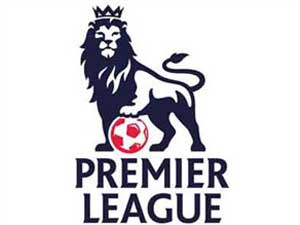 Discontent among supporters over spiralling English Premier League ticket prices is mounting, as fans attempt to make their voices heard and even followers of sworn enemies join forces to call for change.

Opposition reached a head after champions Manchester City returned 912 unsold tickets priced at £62 ($100) for Sunday's game at Arsenal, while fans brandished banners reading "Don't price us out of our game" and "£62 and we're still here".

The protest, compounded by claims that fans were threatened with arrest if they did not take down their placards, came after supporters of Manchester United and Liverpool got together last week to express their anger at escalating costs.

"We're looking at working with the arch enemy Manchester United and others to put a bit of pressure on the clubs to introduce a cap for prices on away tickets," said Paul Martin, from Liverpool fan group Spirit of Shankly.

"The rivalry will start to dwindle when the prices are driving local people away from the game."

The league is the most popular around the world, with the top players commanding mammoth, six-figure salaries every week.

But a study by the High Pay Centre think-tank, quoted in British newspaper The Guardian, indicated that the fruits of success were not being shared with fans, as ticket prices in the top league rose by between 700 and 1,025 percent from 1989 to 2011.

As such, a knock-on effect on attendances might be expected -- in Germany's Bundesliga, where attendances are the highest out of Europe's five major leagues (England, France, Germany, Italy and Spain), average ticket prices are the lowest.

But despite the ire over prices for going to games in England, attendances in the Premier League are growing.

Seat occupancy rates have hovered above 92 percent since 2009 and according to Premier League chief executive Richard Scudamore, occupancy is up to 95 percent and may even reach a record high this season.

Fans, though, fear a vicious cycle whereby the more popular the product, the more expensive the tickets, the more costly it becomes to follow a club, and the more likely it is that supporters' protests will fall on deaf ears.

Supporters are disgruntled that fans of high-profile clubs such as United, City, Liverpool and Arsenal are being forced to pay more to follow their team away from home than supporters of other sides.

To counter price rises, fan groups the Football Supporters' Federation (FSF) and Supporters Direct are set to launch a campaign calling for the introduction of a £20-£25 cap on the cost of tickets for visiting fans.

Scudamore said he sympathised with the complaints.

"There is category pricing at Arsenal. Arsenal, when categorising games and setting prices next season, will have to take that into account," he told BBC radio.

"Arsenal clearly, along with every other club, want a full stadium and we at the Premier League would like every club to take up their away allocation."

The City fans' protest received further publicity at the final whistle on Sunday when television microphones picked up one of the assistant referees telling members of the visiting side, who won 2-0, to say "thank you" to their fans.

Comments
Topics mentioned in this article
Football English Premier League Everton Arsenal Manchester City Chelsea Liverpool Birmingham City Inter Milan Steven Gerrard Mark Hughes Alex Ferguson
Get the latest updates on ICC T20 Worldcup 2022 and CWG 2022 check out the Schedule, Live Score and Medals Tally. Like us on Facebook or follow us on Twitter for more sports updates. You can also download the NDTV Cricket app for Android or iOS.