Callum Wilson eased the pressure on Newcastle manager Steve Bruce as his late double sealed a vital 2-0 win against Everton on Saturday. 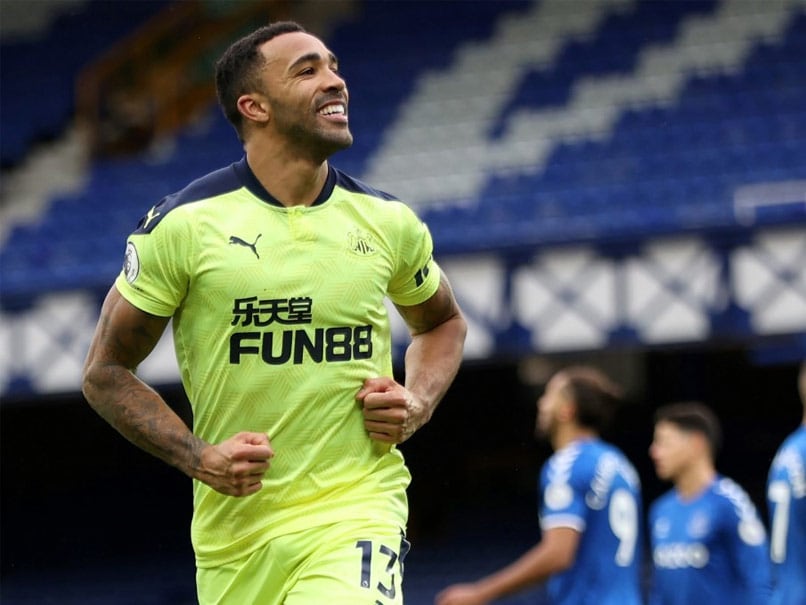 Callum Wilson eased the pressure on Newcastle manager Steve Bruce as his late double sealed a vital 2-0 win against Everton on Saturday. Bruce has been under fire from Newcastle fans after a wretched run plunged his team into the Premier League relegation battle. But Wilson netted twice in the last 17 minutes at Goodison Park to give Newcastle their first victory in 12 matches in all competitions. Having ended a dismal streak of five successive defeats, Newcastle are now nine points above the bottom three.

Their first win in 10 league matches gives Bruce some breathing space, but he still has only minimal margin for error given the ever-present gloomy mood on Tyneside.

Pickford produced the best save of the game to divert Wilson's flicked header onto the crossbar as the visitors began to generate some momentum before half-time.

Wilson should have done better when he swept Ryan Fraser's pass just past the far post from a counter-attack not long after the restart.

The substitution which Newcastle hoped would change things up came in the 66th minute when Allan Saint-Maximin replaced Fraser.

And they made the breakthrough in the 73rd minute when Wilson lost his marker at a Jonjo Shelvey corner and looped a header across Pickford and inside the far upright.

Wilson was then denied by the post after rounding Pickford, but the former Bournemouth striker made no mistake when Newcastle countered quickly in stoppage-time.

Firing a low shot past Pickford, Wilson turned away in celebration as Bruce punched the air on the touchline.

Newcastle United Callum Wilson English Premier League Football
Get the latest updates on ICC T20 Worldcup 2022 and CWG 2022 check out the Schedule, Live Score and Medals Tally. Like us on Facebook or follow us on Twitter for more sports updates. You can also download the NDTV Cricket app for Android or iOS.