Romelu Lukaku scored his first goal after five matches to seal a 2-1 win over Southampton at Goodison Park. 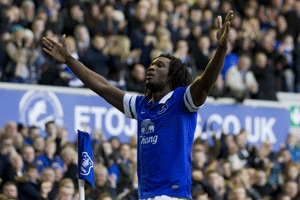 Three days after its first home loss in a year, Everton bounced back to beat Southampton 2-1 at Goodison Park in the Premier League on Sunday.

The home side took the lead through Seamus Coleman in the ninth minute when the defender slotted into the net from close range.

Southampton battled back and found the equaliser through Gaston Ramirez, who converted Adam Lallana's pass with a left-footed shot from outside the box in the 71st. But Romelu Lukaku, who came into the game without a goal in five matches, found the winner three minutes later to banish memories of the unlikely 1-0 loss to last-place Sunderland on Boxing Day.