Netherlands striker Robin Van Persie rammed home a loose ball from 10 meters in injury time to make amends for his error that helped Chelsea take the lead in the 53rd minute through veteran striker Didier Drogba. 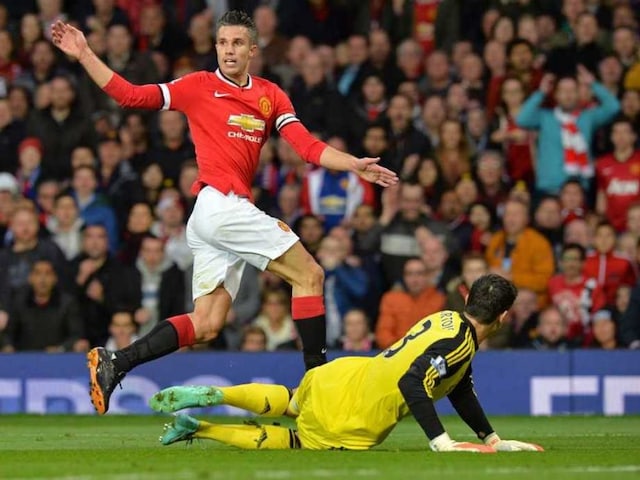 Robin van Persie scored in the fourth and final minute of injury time to earn Manchester United a 1-1 draw with leader Chelsea in the Premier League on Sunday.

The Netherlands striker rammed home a loose ball from 10 meters to make amends for his error that helped Chelsea take the lead in the 53rd minute through veteran striker Didier Drogba.

Drogba met a corner from Cesc Fabregas with a towering header that should have been kept out by Van Persie, who was supposed to be guarding the near post. (Also read: Newcastle stun Tottenham 2-1)

Unbeaten Chelsea's lead was cut to four points over Southampton but Jose Mourinho's team is now six points ahead of third-place Manchester City, arguably its biggest rival for the title.

Comments
Topics mentioned in this article
Manchester United Chelsea English Premier League Robin Van Persie Didier Drogba Football
Get the latest Cricket news, check out the India cricket schedule, Cricket live score . Like us on Facebook or follow us on Twitter for more sports updates. You can also download the NDTV Cricket app for Android or iOS.